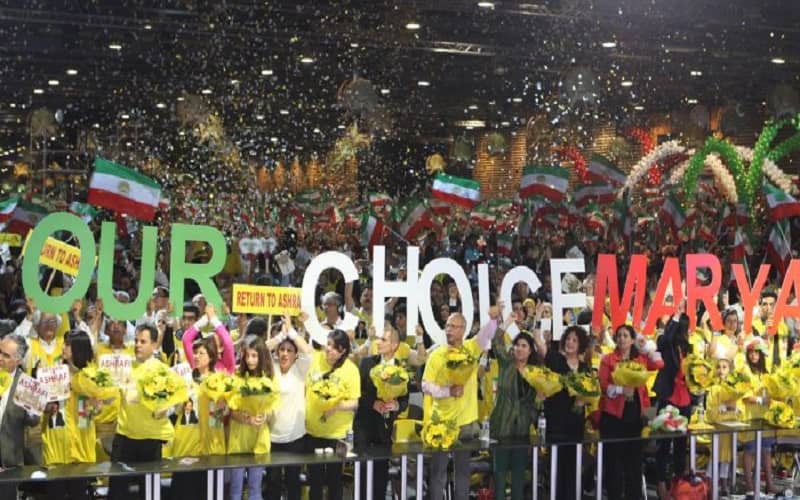 MEK popular support in the grand gathering in France, July 2018

At the time of increasing popular anti-regime uprisings and calls for regime change, as well as the international community’s determination to change the Iran mullahs’ malign behaviors, the impacts of the activities of People’s Mojahedin Organization of Iran (PMOI/MEK) is a subject of debates in different political centers, much greater than any other time. So it is not strange to see, those who advocate the misguided appeasement policy and lose benefits by a democratic change in Iran, have resorted to calling into question the MEK popular support inside Iran.

In the absence of a democratic and sound election mechanism under the rule of despotic fundamental Iran regime, one might ask about a trustworthy measure of clarifying the MEK popular support inside Iran.

In an article published in The National Interest titled “Confronting Iran”, Mr. Adam Ereli, the former US ambassador to Bahrain and the former spokesperson for the State Department, points to some clear evidence and concludes that the MEK popular support in Iran is the main reason for the survival of the People’s Mojahedin Organization of Iran (PMOI/MEK).

The article reads in part:

“In July 1988, Ayatollah Khomeini, the founder of the Islamic Republic of Iran, was compelled to “drink the cup of poison” and agree to a cease-fire with Iraq, after having sacrificed the lives of almost 1 million Iranians. Concerned about the vulnerability of his regime to public unrest, the Supreme Leader ordered the cold-blooded murder of 30,000 MEK members who were being held in regime prisons.”

Mr. Ereli mentions the uprisings that started in late 2017 and states: “Since December 2017, the government of Iran has been facing unprecedented waves of protests throughout the country.

Video evidence from inside Iran shows that many of these protestors are MEK supporters. They hang pictures of Maryam Rajavi, the head of the National Council of Resistance of Iran (NCRI) from highway overpasses. They parade with signs condemning the regime and endorsing the MEK in front of mosques and major squares in Tehran, Isfahan, Mashhad, Shiraz, and even Qom. These people are putting their lives on the line. They know that if caught, they and their family members will be arrested, tortured and—some at least—probably executed. Yet despite the risk, they persist.”

Regarding the MEK popular support in Iran, the former spokesman for the State Department reminds the Iranian regime’s obsession with demonizing the MEK and writes: “Iran’s President Hassan Rouhani has directly blamed the MEK for organizing public protests. In January 2018, when the protests in Iran were at their height, Rouhani personally phoned French president Emmanuel Macron and asked him to limit the activities of the MEK in France. Macron refused.”

Mr. Ereli Points to the heavy cost that the Iran regime pays to strike a blow to its main rival, as another proof for MEK popular support in Iran, and  highlights: “At least three major terrorist plots coordinated by the regime against the MEK were uncovered in 2018 in the United States, Albania, and France.  Suffice it to say that the MEK’s base of support does not lie in Washington, Paris or any other capital. It lies in the hearts and minds of the legions of Iranians who have and continue to be the target of the murderous policies of a ruthless and unrepentant Iranian regime.”

The righteous designation of IRGC as a terrorist organization