FATF dilemma widens the schism within the regime 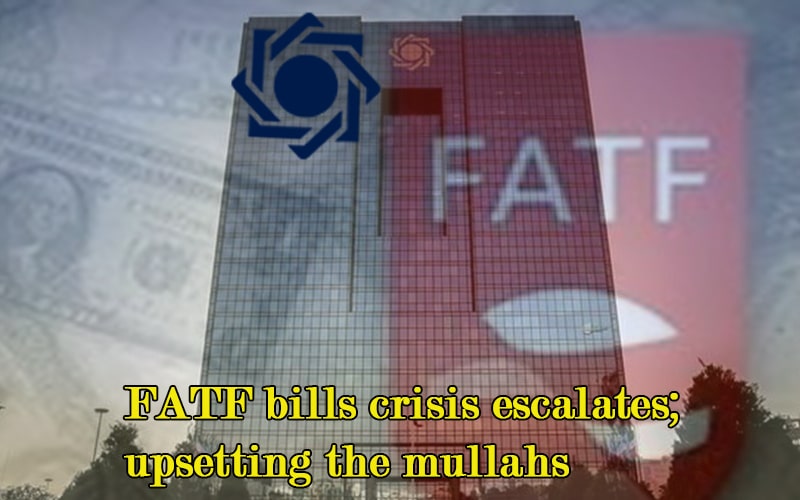 FATF dilemma widens the schism within the regime more than ever

FATF dilemma widens the schism within the regime more than ever

FATF dilemma remains the subject of infighting between the two factions of the Iranian regime, while the terrorist designation of the Islamic Revolutionary Guards Corps (IRGC) by the U.S. State Department has pushed FATF dilemma further turning it into a crisis for the regime.

What is most evident is the fact that the Iranian regime’s Supreme Leader Ali Khamenei lacks both the power and authority to make a decision, accept its consequences and take responsibility for it.

Ghalibaf, a member of the State Expediency Council, where the fate of the FATF dilemma will be determined, acknowledged the current pressure on the ruling mullahs. “We can’t walk by just ignore the U.S. and other issues like FATF and their pressure is real and increases day after day,” he said.

“Some say… we shouldn’t accept the FATF and should just say no. …What is the plan of action for the tomorrow of saying no?” he then asked from FATF opponents.

Hossein Shariatmadari, editor-in-chief of the state-run Keyhan Daily, known as the mouthpiece of Ali Khamenei, warned: “Accepting the FATF is equivalent to inviting the U.S. to put more pressure on us”.

Ali Motahari, the deputy speaker of the regime’s parliament, also weighed in on this matter.

“If we don’t join FATF, there will be even more problems for our banking and financial relations,” Motahari said repeating the need for approving the FATF bills.

He then implicitly held Khamenei responsible for the decision making delay and said: ‘‘the members of the State Expediency Council do not enjoy independence in their votes, meaning they are not independent thinkers. They are waiting for a message. If there is a positive cue [in the message], all the members will be proponents and if the cue is negative all of them will become opponents of the FATF bills’’.

FATF dilemma has driven the regime into a stalemate, domestically and internationally. Whether the regime passes the bills and refrains from supporting terrorism, or the other way around, it will weaken, without having the power to drag out of the dire crises it is plunged in. It will soon face people’s uprising and will be overthrown by the people and their resistance.

Activities of the resistance units, PMOI/MEK’s supporters, in marking the International Workers’ Day