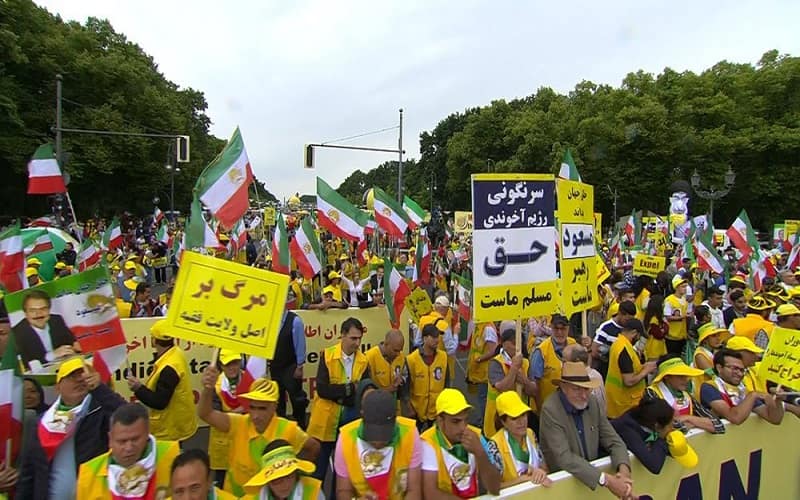 The People’s Mojahedin Organization of Iran (PMOI/MEK) and the National Council of Resistance of Iran (NCRI) has a place among the Iranian people and on the international scene that is undeniable. According to people who have knowledge of Iranian society’s problem, MEK/PMOI and NCRI are the only solution to the Iranian regime and only alternative that can lead Iran toward a free and democratic country.

These days, no one wants war with Iran except for the ruling regime, which is the number one state sponsor of terrorism and the source of fundamentalism. The Iranian regime is a major contributor to the crises in the Middle East and all over the world. Indeed, over the past years, it has been proven that appeasing the mullahs ruling Iran would only transform the situation from bad to worse. It is now clear more than ever that only a free and democratic Iran can help restore peace and stability in the region,

But what’s often cared about in the Western policy regarding Iran, is economic benefits and what is missing is the role of the Iranian people and their desires. A comprehensive policy on Iran must consider the realities on the ground before everything, or else it will result in the same mistakes as before.

For long, the people of Iran and their desires were ignored. For many years, the West looked at Iran from very narrow spectacles and sacrificed human rights for the sake of economic interests. It is time to realize that the mullahs’ regime cannot exist without suppression at home and export of terrorism abroad. Silence and inaction regarding the mullahs’ crimes, under any pretext, just encourages those in charge and the perpetrators of the massacre of the Iranian nation, and only emboldens the religious dictatorship in its warmongering, exporting fundamentalism and terrorism to the region and throughout the world. The end of religious dictatorship in Iran is a requisite for regional peace, democracy, security, and stability. This is the only way to end war and crisis in the region and preventing a more massive war.

Therefore, supporting the Iranian people and their just resistance, the MEK and the NCRI, is the most important component of a plan to prevent another war in the Middle East. This is the only way to stand up against the regime, which has already started its war against the world a long time ago.

The experience in Syria, Lebanon, Iran and Yemen clearly displays the evil intentions of the Iranian regime, which is the godfather of global terrorism. Therefore, it is the duty of the West to recognize the Iranian people’s legitimate right to resist and struggle for their freedom and democracy.

“Policy Options on Iran – A Viable Alternative in Ashraf-3”