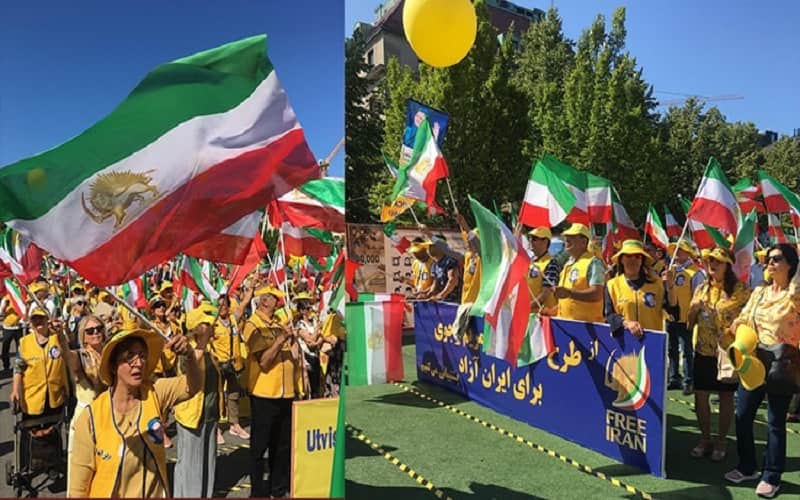 Supporters of Iranian opposition group People’s Mojahedin Organization of Iran (PMOI/MEK), will gather in London on Saturday to demand the European Union to adopt a firm policy toward the Iranian regime, especially toward its “centers of suppression,” the Islamic Revolutionary Guards Corps (IRGC) and Ministry of Intelligence and Security (MOIS).

The supporters of MEK and the National Council of Resistance of Iran (NCRI) will gather in Trafalgar Square and will hold a march to voice their support for the democratic opposition of Iran.

In the MEK/PMOI rally in London, the participants will strongly condemn any relations or support for the mullahs’ regime and will demand European states to condemn, prosecute and expel the regime’s terrorists from their soil.

The MEK/PMOI rally in London is being held against the backdrop of increased belligerence and terrorist activity by the Iranian regime. In the past week, the Iranian regime has seized an English oil tanker and is intensifying the tensions in the Middle East region. It has also ratcheted up its terrorist activities against the MEK and Iranian dissidents abroad and is using European soil and its embassies for espionage and terror plots.

The only way to counter the regime’s illicit and hostile activities is to adopt a firm policy toward the mullahs and to avoid any kind of appeasement that will provoke the regime of Tehran to continue its crimes against the Iranian people and the international community. The MEK and NCRI have been calling for a firm policy against the Iranian regime for decades. In the past few years, the need for this policy and support for the Iranian resistance is becoming increasingly evident.