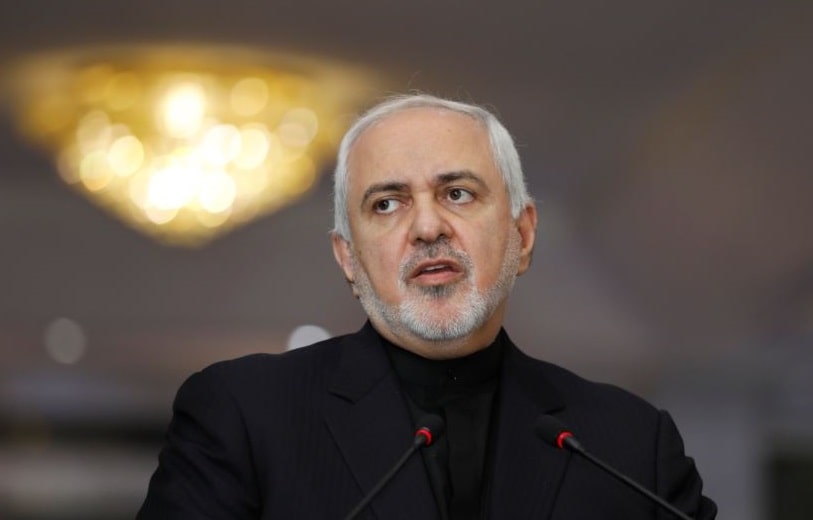 Javad Zarif, the Iranian regime’s foreign minister, is apparently working in the diplomatic field. But that’s just a façade of a terrorist regime that conducts and justifies its terrorist activities via so-called diplomacy.

The Iranian resistance, in particular the People’s Mojahedin Organization of Iran (PMOI/MEK), have repeatedly declared that the Iranian regime’s diplomatic facilities and embassies are centers of espionage and terrorism, and all the regime’s so-called diplomats are members of regime’s Ministry of Intelligence and Security (MOIS).

A quick glance at regime’s terrorist activities proves the role of the Iranian foreign ministry and its minister in providing diplomatic and logistic support in terror plots carried out by the MOIS and the Revolutionary Guards Corps’ Quds forces. For example, Ali Akbar Velayati, who was the Iranian foreign minister for eight years back in 1980s and early 1990s and is now the head of the Supreme Leader’s international bureau, is being prosecuted for participating and supporting  the bombing of the Jewish Center in Argentina in 1994, and the assassination of the Kurdish leaders in Germany in 1992.

Mohammad Javad Zarif’s predecessor, Manoucher Motaki, who was regime’s ambassador to Turkey in 1980s, supervised dozens of political assassinations and kidnappings. In November 1988 regime’s terrorists in Istanbul kidnapped MEK member Abul-Hassan Mujtahedzade, and after torturing him planned to take him back to Iran; but he managed to escape his captors. This showed the real face of regime’s diplomats and in particular Motaki, in Istanbul.

Javad Zarif was also involved the foiled terror plot against the MEK’s annual Free Iran gathering in Paris in June 2018, which was approved by the regime’s Supreme Security Council. Assadolah Assadi, an Iranian diplomat who was arrested for commanding and delivering the explosives to the terrorists, is now in prison in Belgium. For years, Assadi was the third secretary of Iran’s regimes embassy in Austria. He was also regime’s third secretary in Iran’s embassy in Baghdad. He is an expert of explosives and has carried out many bombing plots.

Back in the 2000s, when Javad Zarif was Iran’s representative to the UN, Gholam-Hussain Mohammad Nia was working in the regime’s representing office in UN as the head of the regime’s intelligence station under Zarif’s supervision. In November, 2018, Mohammad Nia who was the Iranian regime’s ambassador in Albania, along with Mostafa Rudaki, his first secretary, were expulsed for plotting against MEK members settled in Albania.

Mohammad Nia was the MOIS representative during the 2015 nuclear negotiations.

Mustafa Rudaki, was previously in the regime’s intelligence station in its embassy in Austria. He was transferred to Albania after that MEK members were resettled in Albania in 2016, to plot and conduct terrorist activities against the MEK members.

Mohammad Javad Zarif also has close ties with Reza Amiri-Moghadam, the MOIS deputy and head of the “foreign intelligence and movements bureau,” who was the commander of foiled Paris bombing plot.

Javad Zarif was also in connection with Said Emami, MOIS deputy in 1990s who was responsible for serial political assassination inside Iran and abroad. In 1984, Zarif participated in the UN assemblies with Emami and another MOIS agent, Siroos Naseri, who was involved in the

In an interview, Javad Zarif said, “In the third UN committee, the human rights concerns about Iran were newly raised, I headed the [regime’s] delegation and Mr. Emami and Mr. Nasseri were accompanying me.”

Some of the regime’s officials have admitted that the regime’s Ministry of Foreign Affairs is in full coordination with the Quds Forces while conducting a terrorist plot abroad. For instance, in an interview in December 31, 2018, Sadeq Kharazi, the regime’s ambassador to the UN (1989-1995) and ambassador to France (2002-2006) said, “Iran could show a massive preventive force with its two wings; the Foreign Ministry and the Quds forces.”

Mohammad Javad Zarif, who has been recently sanctioned by the U.S., is wolf disguised as a ship; he is not excluded from the regime’s circle of terror plots, operations, illegal nuclear activities to obtain nuclear bombs, destabilizing activities in the Middle East and across the world, and oppressing the Iranian people.

He has repeatedly confirmed in its public and private speeches that he makes no decision without the Supreme Leader’s approval.