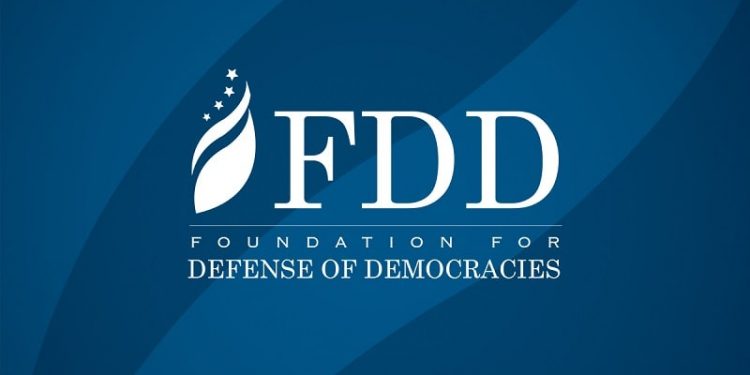 On Saturday, Aug 24, the Iranian regime’s Foreign Ministry imposed sanctions on the Washington-based Foundation for Defense of Democracies and its CEO Mark Dubowitz.

The statement by Iran’s Foreign Ministry accuses the foundation and its CEO Mark Dubowitz of “intentionally damaging the vital interests of Iran through spreading lies and negative campaigning against Iran.”

But the reality is that the Foundation for Defense of Democracies is known for its criticism of Iranian officials for their human right violations, ignoring civil rights and democracy.

The actions of the Iranian regime is reminiscent of the days that Ruhollah Khomeini, the founder of the mullahs’ regime, was in power and had a special fundamentalist and mad tendency to murder people and issue death Fatwas against writers and freedom seekers.

At the time, in addition to occupying the American embassy and taking its personnel as hostage by groups affiliated with the regime, it repeatedly attacked American targets in Arab and African countries, including a US marines base in Lebanon.

Among these brutalities, we can point out to Khomeini’s Fatwa to assassinate write Salman Rushdi. We can interpret the Iranian regime latest act to intimidate and impose sanctions against an American and his think tank, could be compared to Salman Rushdi’s Fatwa.

In response to the Iranian regime’s threats, Mrs. Morgan Ortagus, Spokesperson for US Department, tweeted:

As well as U.S. Secretary of State Departmentment tweeted :

On the other hand, in a statement to The Associated Press, Dubowitz, CEO of Foundation for Defense of Democracies, said his think tank “considers its inclusion on any list put out by the regime as a badge of honor.” He added: This is a direct threat against @FDD, me and our Iranian and non-Iranian friends. These threats will only strengthen our resolve to research and reveal the truth about the regime in Iran, and to support the burning desire of the vast majority of Iranians for freedom.

Since the Iranian regime is the source of all threats against world peace and democracy, Mr. Dubowitz considers the act of as a badge of honor. And for anyone with democratic values and point of view, any threat or label by the Iranian regime is a compliment and shows that he was not silent in face of the brutality of the barbaric regime ruling in Iran.

In an interview with Fox news Janatan Wachtel, former spokesman for the US envoy to the UN, emphasized that there is no surprise that Iran recognizes this think tank as a direct threat because this institute seeks to develop democracy and this is their name, but Iran is not trying to develop democracy and tries to block it, and deprives its own people from social media, enforces hijab (mandatory veil) to women even if they don’t want to, and executes people for crimes that don’t justify executions, and imprisons political prisoners.

The result is that these actions from Iranian regime, including hijacking a British vessel or exploding foreign oil tankers and its actions in Iraq and Syria, and now direct threats to think tanks which defend democracy, show its critical situation. The regime sees no escape for its current situation except in causing terror and threats to the region and across the globe.

The mullahs are under pressure because of their collapsed economy and corruption across governments departments and suppressing freedom in Iran. Social protests are expanding every day in Iran, and in tandem, the MEK and NCRI’s popularity and legitimacy, led by Mrs. Maryam Rajavi, is increasing on a daily basis, and the Iranian regime’s propaganda efforts to demonize the opposition has failed. Therefore, the Mullahs intend to evade the crises they face by creating tension in the region like what Khomeini did in the beginning of Islamic revolution in 1979. Instead of establishing freedom and democracy he suppressed people and began a dictatorship, and to avoid answering the people’s demands, went to a war to deflect the society from major problems.