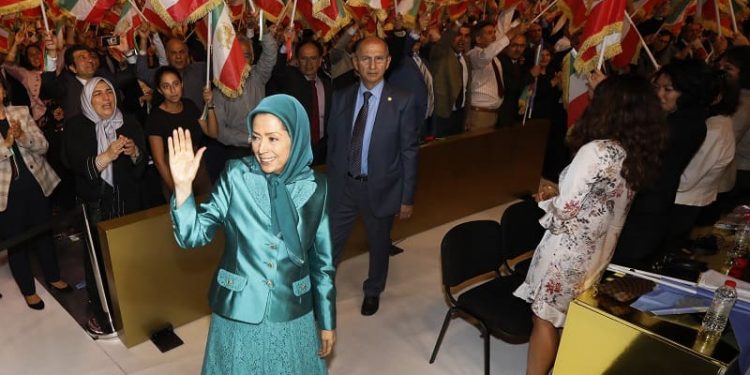 As tensions rise between the Iranian regime and the West, experts are taking part in vigorous public discussion about what policy is right for dealing with Iran, but many of them will overlook the obvious answer that is right in front of their eyes: supporting the organized Iranian opposition or the Iranian Resistance (NCRI).

Over the past three months, there have been several rallies across Europe and the US by supporters of the Iranian Resistance (NCRI), who drew attention to the Iranian people’s hope for democracy, as expressed by the ongoing popular protests across Iran that began in December 2017 and call for an end to the religious dictatorship.

John Perry, a former Irish Fine Gael politician, wrote: “Many dignitaries and cross-party politicians and parliamentarians attended these rallies in Europe and the US to support the Iranian people and the cause of a free and democratic Iran. I took part in the Stockholm rally, because like the other speakers, I believe the Iranians are best positioned to shape the future of their country.”

Tens of thousands of Iranian exiles, their families, and their supporters threw their support behind their organised coalition of Resistance groups, the National Council of Resistance of Iran (NCRI) and especially the People’s Mojahedin Organization of Iran (MEK), who are helping to organise the protests.

Even the Regime’s Supreme Leader Ali Khamenei has admitted that the MEK is working with the Iranian people to drive home the message of regime change, while many Iranian officials recognise that the MEK could overthrow the theocratic system.

Given all this, it doesn’t make sense that Western policymakers ignore the Resistance (NCRI) or downplay the change for regime change by and for the people of Iran. The Resistance (NCRI) isn’t asking for financial or military support, only a firm policy from all Western countries on Iran, which includes the designation of Khamenei, the Revolutionary Guards Corps, and Ministry of Intelligence as terrorist entities.

After all, Iran has been responsible for several attacks (or panned attacks) in the West or against Western interests, such as the foiled bomb plot against the Free Iran gathering in Paris in June 2018. They’ve also been responsible for systematically violating human rights in Iran for 40 years, including the torturing and killing of political prisoners, including in the 1988 massacre of 30,000 political prisoners.

Perry wrote: “The regime is extremely unpopular among both Iranians and regional countries, and is today the greatest threat to a prosperous Iran and to stability and peace in the Middle East and the world. In contrast, the Iranian Resistance Movement has both strong support among Iranians as well as politicians and parliamentarians from the US, Canada, Europe and the Arab world.  Its progressive leader Maryam Rajavi has presented a 10-point plan for the future of Iran, which envisions and guarantees a free, democratic, secular, non-nuclear and peaceful Iran, with an independent judiciary system that respects the Universal Declaration of Human Rights.”

Therefore, the world should support the Iranian Resistance (NCRI).