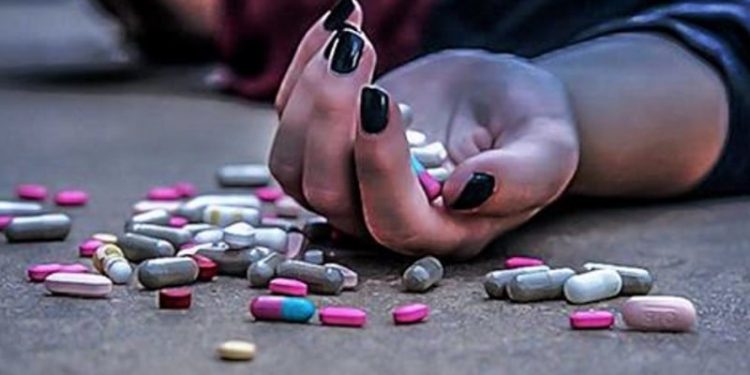 Suicides in Iran have only risen under the mullahs’ regime – increasing 66% between 2012 and 2017, but in terms of suicides among women, Iran has the most in the Middle East. This is no doubt down to the misogynistic policies and laws that deprive Iranian women of their most basic rights, placing restrictions their employment, social activities, and family lives.

This only increases the depression and despair felt by women in Iran, who have no support to fight misogynist laws that the Iranian Regime reinforce. The Women’s Committee of the National Council of Resistance of Iran (NCRI) explained that “the Iranian Regime’s laws see women as slaves at the disposal of men, and therefore, women ultimately resort to suicide”.

Last year, Mohammad Mehdi Tondgouyan, deputy youths’ affairs in the Ministry of Sports and Youths, said that two-thirds of those who die from suicide in Iran are women, with most of them being aged over 25 but a significant number of under-17s are now dying from suicide.

Social researcher Saeed Madani said the international suicide rate is 8 per 100,000 persons, but in some cities in Iran, this rises to 27.2 per 100,000 persons. More worrying is the fact that suicides are not fully reported and announced in Iran, so this is actually a minimum number.

Many women are also dying from suicide due to poverty as half of all Iranians now live under the absolute poverty line, especially young mothers and pregnant women. This includes:

Many more are dying from suicide because of forced marriage, with the minimum age for girls being just 13 and fathers allowed to marry them off far younger. The Regime’s oppressive marriage laws mean that men can have four wives and divorce their wives without informing them, but women have no freedom to seek their own marriages.

Sharifi Yazdi, one of the regime’s experts, said: “Depression among girls is twice as much as among boys all over the world, but studies show that the number of depressed girls in Iran is four times greater… Compared to boys, girls are under heavier psychological pressure. Also, from a social standpoint, their participation, relations and cooperation are lower compared to boys.”