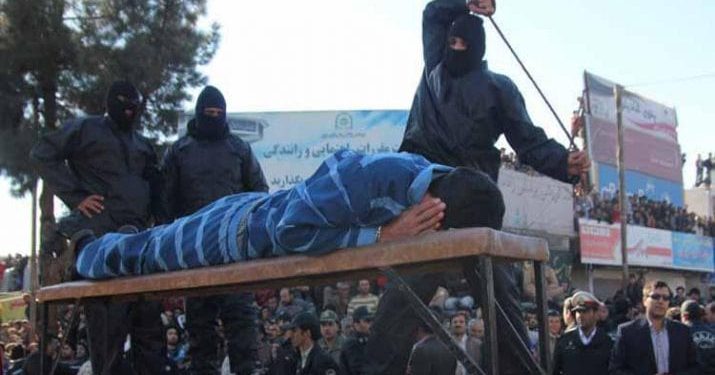 While the Iranian Constitution officially forbids torture and Iran is signed up to the International Covenant on Civil and Political Rights (ICCPR), which also forbids torture, torture and corporal punishment are common practices in Iran’s prisons and also mandated by law.

The regime officially denies the use of torture in Iranian prisons, despite thousands of reports dating back nearly 40 years that torture is used to extract forced confessions or break the morale of prisoners. Prisoners report that rape, beatings, mock executions and other forms of torture are just par for the course in Iran’s prisons, particularly against dissidents, with many prisoners reported to have died under torture in Iran.

The Regime has even invented over 70 methods of torture, including amputations, gouging eyes, and pressing prisoners’ heads with a vice.

Even, Ayatollah Hossein Ali Montazeri, a man tipped to be Iran’s second supreme leader wrote to Ruhollah Khomeini in 1986 to ask if he knew how many were killed, blinded, deafened, paralyzed, or suffering from chronic pains due to severe torture in Iran.

Montazeri was later stripped of his position and put under house arrest for condemning the 1988 massacre of over 30,000 political prisoners, mainly those affiliated with the People’s Mojahedin Organization of Iran (PMOI/MEK). None of those responsible for these awful crimes have ever seen anything like justice. Instead, they still hold high positions in the government and judiciary.

The human rights group Iran Human Rights Monitor has urged for the immediate abolition of torture in Iran and other cruel, inhuman or degrading punishments in Iran and called on all international organizations and human rights activists to take effective measures to put an end to merciless torture practised in Iranian prisons.

They note that dozens of prisoners were tortured to death after taking part in the nationwide protests that erupted in December 2017 and gave a brief look at the tortures inflicted on prisoners from January 2018 to June 2019:

Thousands to Rally in New York against Hassan Rouhani