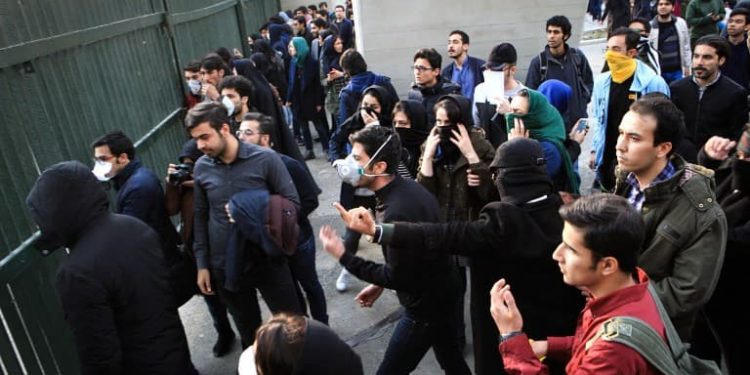 As tensions escalate in the Middle East and the world is focusing on the malign behavior of the Iranian regime, including advancement of nuclear-bomb projects, and exporting terrorism to various countries in Europe and the United States, we should not forget the Iranian people and their organized resistance group, the People’s Mojahedin Organization of Iran (PMOI/MEK), who are the first victims of the murderous regime in Iran.

For four decades, the fate and national sources of the Iranian people have been taken hostage by a theocratic regime. But not a day has gone by that the Iranian resistance and its brave members have backed down from their fundamental right to struggle against the religious fascism for freedom and democracy. In this regard, the brave youth, many of whom are PMOI/MEK supporters known as “resistance units,” revive the spirit of resistance and freedom in the society.

These days, we witness activities of PMOI/MEK supporters (resistance units) in different Iranian provinces, such as writing anti-regime slogans on the walls of governmental facilities; setting up posters of the charismatic leadership of the Iranian Resistance, President-elect Maryam Rajavi, in main streets and highways; destroying and torching the banners of key regime figures, including supreme leader Ali Khamenei and regime founder Ruhollah Khomeini; and other measures.

But what is significant is that the slogans of the resistance units are gradually popularized between ordinary people. Iranian regime officials admitted that widespread uprisings that began in early 2018 over economic grievances rapidly turned into anti-regime protests with slogans that directly targeted the highest officials of the Islamic Republic, such as ” Death to dictator” “Death to Khamenei” and “Death to Rouhani.”

But it is worth reminding that 38 years ago, in these same days, the brave supporters of the PMOI/MEK chanted “Death to Khomeini” for the first time in the streets of Tehran. At the time, Iran had just spiraled down into one of its darkest eras after Khomeini suppressed all freedoms on June 20, 1981, and ordered his security forces to open fire on PMOI/MEK’s peaceful demonstration, utterly losing his legitimacy. After that fateful day, the regime began a brutal wave of arresting torturing, and executing thousands of freedom-lovers.

At the time, only the PMOI/MEK dared to challenge Khomeini’s rule and began a historic struggle for freedom and justice. Of course, they paid the price of this struggle with their flesh and blood, but they set an example of resistance and registered their movement as the beacon of hope in the darkest era of Iran’s history.

Khomeini retaliated against the bravery of MEK supporters who chanted slogans against him by resorting to extra-judicial arrests and executions in the streets. But the result was that he lost the divine prestige he had established for himself in the society.

The families of thousands of people executed by Khomeini’s regime will never forget nor forgive him and those who carried on his dark and brutal legacy. These days, the slogans of “Death to Khamenei,” Khomeini’s successor, prove that the brutal suppression against PMOI/MEK freedom-fighters didn’t eliminate them, but also caused the growing popularization of their cause. Today, PMOI/MEK supporters in every Iranian city and town and are leading and organizing anti-regime uprising and protests. What started as a movement for the end of the tyrannical rule of the mullahs in Iran continues today with renewed and undying endeavor.