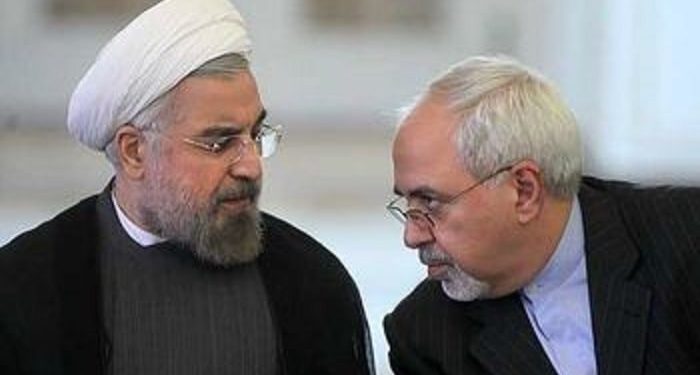 “If you tell a lie big enough and keep repeating it, people will eventually come to believe it.”

This is the famous quote of Joseph Goebbels, the Minister of Propaganda of Nazi Germany, one of the closest and most devoted confidants of Adolf Hitler.

In our time, those who matched and bested Goebbels in his lie-spewing strategy are the mullahs ruling Iran.

Ruhollah Khomeini, the founder of the Iranian regime, explicitly said that “to preserve the system it is obligatory to lie and to spy and it’s a religious duty.”

Hassan Rouhani, the Iranian regime’s current president, has stayed true to Khomeini’s teachings and proven time and again Goebbels’s theory that “the truth is the greatest enemy of the State.” He has done this as deputy commander of armed forces during the Iran-Iraq War, secretary of the Supreme National Security Council for more than 16 years and as president of the regime.

While in the past 40 years, the regime has carried out more than 120,000 political executions, including the massacred more than 30,000 political prisoners in the summer 1988, the current supreme leader of the regime, Ali Khamenei, said on 21 march 2018, “There is freedom of expression in the country and people are free to express their opinions.”

However, when protests erupted across Iran in December 2017 over high prices of basic goods and other economic woes, Iranian security forces brutally cracked down on protesters and killed at least 60 people.

Just before Rouhani’s visit alongside with his FM Mohammad Javad Zarif to New York for attending at U.N. annual gathering of world leaders, the Iranian regime attacked the facilities of Saudi oil giant Aramco with cruise missiles and drones.

Evaluations by Saudi and U.S. authorities showed with very high probability that low altitude cruise missiles, launched from an Iranian regime base near the Iraq border, were used in this attack. But still Rouhani and Zarif associated the attack to the Houthis, the Iranian regime’s proxy terrorists in Yemen.

They also mentioned to be ready to free the American hostages held in Iran, including British citizen Nazanin Zaghari-Ratcliff, to facilitate negotiations with the west, but as soon as Zarif left the U.S. he said the case of Zaghari is not part of negotiation plans.

In another lie, Zarif said, “the Great Britain had agreed to pay 400 million pounds for Nazanin Zaghari-Ratcliff.” England swiftly denied the claim. “Very openly they are holding an innocent woman with a five-year-old daughter as a tool of diplomatic leverage to try to settle a financial dispute with the UK,” said former British FM Jeremy Hunt said in a reaction to Zarif statement.

Rouhani and Zarif claim that the cause of Iran’s economic problems are the maximum pressure campaign of the United States and the tough sanction. Meanwhile, their regime spends billions of dollars on its terrorism and warmongering campaigns throughout the middle east.

In his interview with Chris Wallace of Fox News on September 29, Rouhani lied clearly about his regime’s export of terrorism and fundamentalism to the Middle East, saying “Iran, during the past four decades, fought against terrorism unequivocally. So Iran is a country that has brought peace in the region.” He also prevaricated when Wallace asked questions about “giving hundreds of billion dollars, to Hezbollah, Hamas and various groups and firing missiles onto civilian areas.”

Rouhani revealed one of the most ridiculous episodes of his deceitful posturing during the recent UNGA meetings. While Iran is attacking oil tankers in the Middle East and seizing ships in the Persian Gulf, Rouhani presented a plan titled, “ The Hormuz Peace Endeavor.”

The conclusion is clear. As Joseph Goebbels said the “the truth is the greatest enemy of the State.”

And the Iranian regime is afraid of its main enemy, the Iranian people and their organized resistance movement, the main alternative to the mullahs’ rule.

The true voice of Iran was heard on Tuesday, 24 September 2019, when thousands of Iranian Americans, supporters and sympathizers of the Iran’s main opposition movement the People’s Mojahedin Organization of Iran (PMOI/MEK), gathered in New York to protest against the presence of Rouhani at the United Nations.

Prominent American politicians such as Rudy Giuliani, former mayor of New York, and former U.S. Senators Joe Lieberman and Robert Torricelli spoke at the rally. The protesters emphasized that the seat of Iran at the UN belongs to its democratic opposition to the National Council of Resistance of Iran (NCRI).

Mrs. Maryam Rajavi, the President-elect of the NCRI, sent a video message to the “No to Rouhani” Rally and emphasized, “The UN Security Council must declare the clerical regime a threat to global peace and security; the dossier of the regime’s human rights violations, particularly the massacre of 30,000 political prisoners in 1988, mainly MEK members, must be referred to an international tribunal and ousting the clerical regime from the rest of the region and expelling the IRGC and proxy militias from Iraq, Syria, Yemen, Lebanon, and Afghanistan is an urgent imperative.”

The 2018 uprising in Iran highlighted the desire of the Iranian people to overthrow the mullahs’ regime from Iran. The protesters made it clear in their gatherings that they believe there’s no solution from within the regime. This was marked by one of the slogans of the uprising initiated by Tehran University students: “Reformists, hardliners, the game is over.”