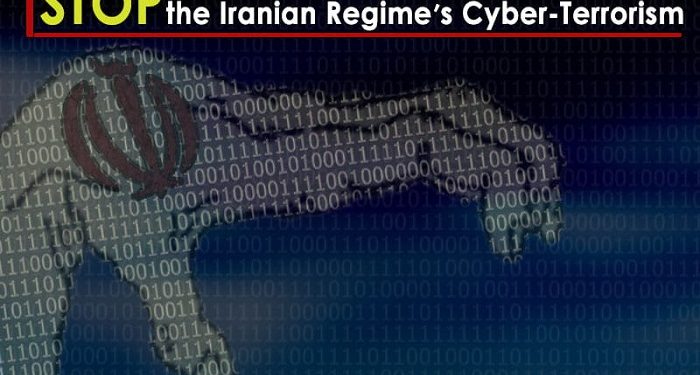 On Friday, October 4, cybersecurity companies were taken aback by a new wave of cyber-terrorism attempts orchestrated by the Iranian regime. In this regard, Microsoft revealed that “hackers linked to the Iranian government targeted an undisclosed U.S. presidential campaign, as well as government officials, media targets and prominent expatriate Iranians.” (AP reported)

Who benefits from disruption in U.S. elections?

First of all, why is the Iranian regime, and not independent hacker groups, suspected to be behind these organized attacks?

It is noteworthy that the mullahs ruling Iran are going through their toughest days since regime founder Ruhollah Khomeini seized power after the popular 1979 Iranian Revolution. In January, the regime’s president Hassan Rouhani admitted, “Today the country is facing the biggest pressure and economic sanctions in the past 40 years.”

In fact, in tandem with the ending of western powers cuddling with the top state sponsor of terrorism in the world, the mullahs should pay the price of their adventures. Therefore, they naturally dream and endeavor to return to the sweet era of appeasement.

It is worth reminding that the ruling theocracy in Iran has a lengthy background in abusing the cyberspace for misinformation campaigns against dissidents and opponents. In this context, the People’s Mojahedin Organization of Iran (PMOI/MEK) is the top-priority target of the regime’s cyber army.

The Ministry of Intelligence and Security (MOIS) annually spends a huge amount of the people’s wealth to demonize its arch-enemy, the PMOI/MEK. So, the religious fascism of Iran looks at cyberattacks as the other side of its attempts to physically remove PMOI/MEK members and supporters inside Iran and abroad. These attempts include a foiled bombing attack on the annual gathering of the Iranian opposition, the National Council of Resistance of Iran (NCRI), in Paris in 2018. The incident ended with the arrest of a senior Iranian diplomat in Vienna. Another failed bombing attack on the PMOI/MEK gathering for celebrating the Iranian New Year (Nowruz) in Tirana, Albania, resulted in the expelling of the regime’s ambassador and its security deputy from Albania, etc.

The necessity of countering the regime’s destructive role in cyberspace

Today, many acknowledge the destabilizing role of the Iranian regime in the region. The regime’s history in sponsoring terrorist entities in the Middle East and further across the world and fueling ethnic conflicts underscores the necessity of countering the regime’s belligerent and provocative behavior. But it is wrong if we neglect the Tehran’s malign influence in cyberspace.

In conclusion, the published report of Microsoft about the hacking operation of the Iranian regime to infiltrate a foreign country’s presidential campaign and also prominent expatriate Iranians proves the necessity of countering the regime destructive role in cyberspace.