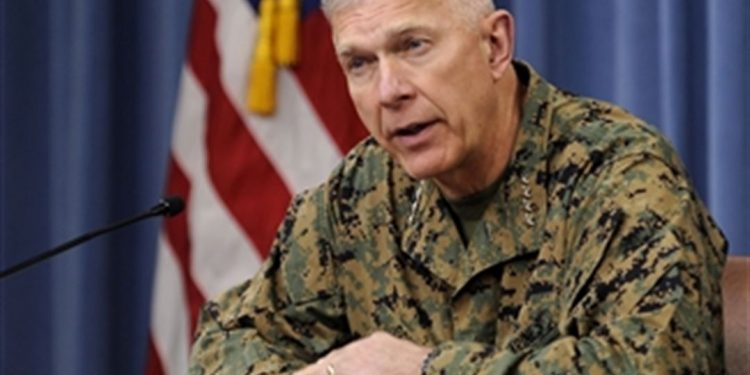 On Saturday 13 july 2019, a large crowd gathered in Ashraf 3, Albania, home to Iranian opposition group People’s Mojahedin Organization of Iran (PMOI/MEK), to hold the annual Free Iran rally of the Iranian resistance. The event was the fourth installment in a series of events held at Ashraf 3. Gen James Conway – former Commandant of the U.S. Marine Corps gave a speech in this gathering.

Gen James Conway: Good afternoon, ladies and gentlemen. My good friend George Casey talked some about the past. I’d like to talk about the future. And the phrase or the concept that I want to discuss with you is called set the conditions for success.

The United States military, any time we undertake a major operation or a major undertaking, we attempt to set the conditions for success to ensure we will have mission accomplishment. I would first like to address those people here from the nations, anyone that is sitting behind a name tag, I would say thank you. Obviously, you’re an important person in your country. You’re here because you’re lending your personal support to the cause. But I want to ask you to do more.

Gen James Conway emphasized: I want to ask you that when you go home, you be ready to set the conditions for success. For the next time the young people of Iran go to the streets. I would ask you I would ask you to use your influence, your name, your positions, to ensure that your government responds quickly in an endorsement to those young people who are potentially sacrificing their lives.

I’m absolutely convinced that the regime feels very stressed and if anything, they will be more violent than ever before when they have the uprisings in the streets. And those young people will be checking their devices twice a day to see which nations have expressed their support. So, it’s absolutely critical in my mind, in fact you may be saving lives by helping to influence your government to support those young people and the cause. Thank you.