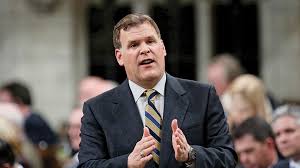 On Saturday 13 july 2019, a large crowd gathered in Ashraf 3, Albania, home to Iranian opposition group People’s Mojahedin Organization of Iran (PMOI/MEK), to hold the annual Free Iran rally of the Iranian resistance. The event was the fourth installment in a series of events held at Ashraf 3. Mr. John Baird gave a speech in this gathering.

Mr. John Baird :Madame Rajavi, friends, and I consider you all friends, it is a great honor for me to visit Ashraf 3, to meet you personally, to hear firsthand of your struggles, and most importantly to see and to learn and to feel your persistence and your commitment to freedom. You are honestly a tremendous inspiration. Madame Rajavi, I salute your leadership, your courage, and your determination.

In Canada, the government with which I served under Prime Minister Steven Harper, we know this regime in Tehran only too well. We know about their nuclear program.