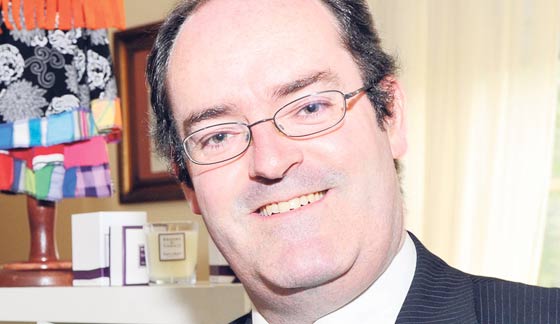 On Saturday 13 july 2019, a large crowd gathered in Ashraf 3, Albania, home to Iranian opposition group People’s Mojahedin Organization of Iran (PMOI/MEK), to hold the annual Free Iran rally of the Iranian resistance. The event was the fourth installment in a series of events held at Ashraf 3. Sen gerry horkan gave a speech in this gathering.

Sen gerry horkan: Good evening, everybody. I know I may be the person who’s stopping you from getting your dinner, so I’m hoping that I won’t be too long. We are hungry for change, as someone said earlier, but after so many hours of listening to so many fantastic speakers, I know that you’re all looking forward to being able to socialize and have some food later on. And hopefully I’ll be able to talk to many of you then.

I just want to say it’s an enormous honor for me as an Irish senator from the Irish Parliament to be here with my colleague, former minister John Perry, and it’s a fantastic honor for me to share a platform with so many far important dignitaries than me, such as Rudy Giuliani, Joe Lieberman, John Baird, and to be here with Maryam Rajavi and so many very famous politicians and members of the U.S. military and other military who are here, have traveled long distances to be here to support you and the Iranian people right across the globe and particularly those back in Iran.

I want to say that we are from the Irish Parliament I bring you greetings from many of my colleagues, some of who would like to be here today. We are with you in your quest for democracy, for freedom, and for human rights. We are with you, Madame Rajavi, and the NCRI in everything you are trying to do. We know the regime is a threat to peace and stability not just in Iran or even in that regime but right across the world and right across Europe. The state sponsored terrorism, as has been pointed out by former Mayor Giuliani and others, is causing havoc in that region, in Syria, in Yemen, and extending right across to Europe from the effects of what’s happening in Syria. We must never forget that.

In Ireland this year we are celebrating the 100th anniversary of our first provisional Parliament, the first indication that we were to become a free country breaking away from what was years of repression under another regime. We are celebrating 100 years of our first Parliament in 1919 and we have a decade of centenaries going on at the moment. We never at the time, Irish people did not think they would get their freedom then. Last week I was with the NCRI in Berlin and I was at the Brandenburg Gate with Patrick Kennedy and Ms. Betancourt and others. Nobody thought when the Berlin Wall was going to fall that it fell when it did. Nobody thought that the Iron Curtain would fall when it did. Nobody thought Ireland would get independence when it did. And I think the day is coming sooner than you think for the regime to fall and for free, fair and democratic elections to be held in Iran.

I want to congratulate all of you on what you are doing here in Ashraf 3. I arrived yesterday, or on Thursday evening, or yesterday, and we saw everything that was going on in terms of the exhibition, the sheer horror. Normally when you go, I was in Budapest, I saw an exhibition about the 1950s, the Soviet regime in Budapest. We have seen Auschwitz, things that happened in the past. This is what is still happening, it is happening in Iran, it is happening ow, they’re trying to silence it. It is an amazing exhibition, a very, very humbling exhibition, a very, very terrifying exhibition. But it brings home to me and to all of us here what is happening in Iran, the murderous state-sponsored terrorism regime that is there. And we must get rid of that regime. As a world, as a global world, we must all of us do everything we can to bring to an end this vicious, dangerous regime that is not allowing its own people to have freedom of association, freedom of thought and freedom of expression.

I just want to say to you that we are here, all of us from so many parts of the world, with you in support of Madame Rajavi and all of you in your regime. And I hope very soon that we will all be in Tehran supporting and celebrating a free and fair open Iran. Thank you all very much.