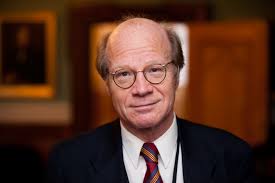 On Saturday 13 july 2019, a large crowd gathered in Ashraf 3, Albania, home to Iranian opposition group People’s Mojahedin Organization of Iran (PMOI/MEK), to hold the annual Free Iran rally of the Iranian resistance. The event was the fourth installment in a series of events held at Ashraf 3. MEP Kimmo Sasi Sasi gave a speech in this gathering.

MEP Kimmo Sasi: Madame Rajavi, dear friends, we know that the foundations state are human rights, democracy, and income and social freedom. And we know that these rights belong to all citizens, all humans, in the whole world according to the United Nations Human Rights Declaration.

We in the Nordic countries, Finland, Sweden, Denmark, Norway, Iceland, feel very strongly for human rights. And that is why there’s a strong support in our countries to throw away the governments that do not respect human rights, including Iran. And it’s very important when you want to have change there must be an alternative, and Mrs. Rajavi’s 10-point peace plan is the alternative part to new democratic Iran.

Dear friends, 40 million Iranians live in poverty today. And the reasons are lack of human rights, lack of rule of law, but corruption. Iran is one of the most corrupted countries in the world. And financing of terrorism and money laundering.

And many people in Iranian government put money that belongs to the people in their own pocket. And we need sanctions against these people, and we need that that money will be seized and returned to free Iran when that time comes. And these people also mismanaged the Iranian economy and that’s why people are suffering. We see demonstrations in Iran and that shows that frustration.

MEP Kimmo Sasi ended his speech saying: But we know the history shows, the fall of Berlin Wall shows, united people will also win dictators. And this Ashraf 3 that is tremendous shows that you have a strong commitment to have a change in Iran. It’s time for the people to take the power and believe in the faith of you who have the power in your own hands. We Nordics support your cause, free Iran, success.