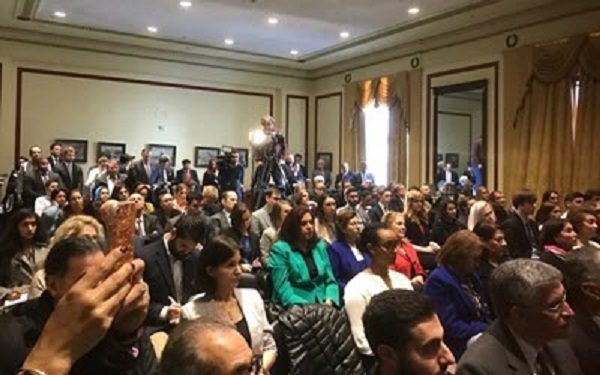 On Wednesday, November 6, 2019, 11:30 am – 1:00pm, a Senate briefing, titled “Countering Iran Regime’s Repression, Terrorism and Regional Meddling” will address Iran’s aggressions inside the country and in the Middle East region, just as anti-regime protests spread in Iran and intensify in Iraq and Lebanon.

Iran and Middle East policy experts will share remark at this briefing. Member of the U.S senate have also been invited to address the event.

Organization of Iranian American Community will sponsor the Event.

OIAC is an Iranian-American organization dedicated to the promotion of a free and democratic Iran where human rights are celebrated, where different religions traditions are honored, and where every Iranian citizen feels safe and able to pursue their individual dreams and aspirations.

We believe the role of the United States and other nations is to support internal struggles within Iran towards these goals. We don’t support war or appeasement as options for resolving conflict with Iran. OIAC serves as a platform for Iranian opposition forces working on human rights issues, and we are a resource for Iranian community organizations in the United States that want to lend their voices to the call for democratic change in Iran.