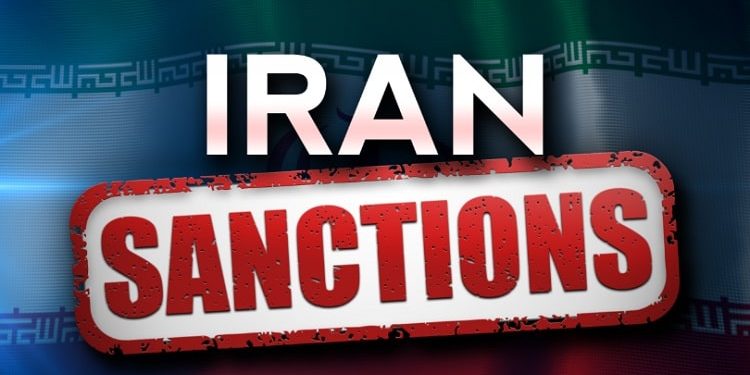 The United States has imposed new sanctions on the inner circle of Supreme Leader Ali Khamenei, including one of his sons.

The US State Department, in coordination with the Treasury Department, has sanctioned a number of Iranian regime officials involved in exporting terrorism, producing weapons of mass destruction, and suppressing the Iranian people.

In this report, we want to examine who the Iranian regime’s sanctioned officials are

Ebrahim Raisosadati, known as Ebrahim Raisi, was born in Mashhad’s district of Noghan in 1960. After completing elementary school, he went to the Cleric Institute of Mashhad. His school education is only up to the sixth grade. At the age of 15, Raisi left Mashhad to study in Qom’s seminary.

After the 1979 Revolution, Raisi, then 18, attended Qom’s Haqqani School to study the senior management of the judiciary, intelligence and security services of the clerical regime with other clerics such as Ali Fallahian, Roohollah Hosseinian, Mostafa Pourmohammadi, and others.

After the revolution, Ebrahim Raisi became one of the elements of the main core of power, the machine of repression in the newly established religious dictatorship in Iran.

In the first days of the establishment of the mullahs’ regime, Hadi Marwi, a representative of regime founder Ruhollah Khomeini in the city of Masjed Soleyman, invited Raisi to join the prosecutor’s office of mullahs’ regime, where his duty was suppressing dissidents and opposition groups.

After all the repressions in Masjed Soleyman, Raisi, while he wasn’t any more than 19 years old, was sent to the prosecutor’s office of Karaj, where his work was essentially interrogating the opponents of the Iranian regime. After a few months, Ali Ghodosi, then Attorney General, appointed Raisi as the prosecutor of Karaj after his 20th birthday. In 1983, after months of committing atrocities and crimes in Karaj, he was also appointed as a prosecutor of Hamadan. As the cities were 340 Kilometers apart, he spent half a week in Karaj and the other half in Hamedan, until he was completely relocated to Hamedan after four months.

Raisi continued the crackdown on the opposition groups as the prosecutor in Hamedan until 1985.

After that, the 24-year old cleric was promoted to the General Prosecutor’s Office as the “associate deputy.” The Attorney General had three deputies back then: The Economic Deputy, the Deputy Director of Drug Trafficking and the so-called “Associate deputy,” whose duty was to crack down on opposition groups, including the PMOI/MEK. During the summer 1988 massacres, as a Deputy Prosecutor General, Raisi was member of “Death Committee” that put thousands of political prisoners to death.

Mojtaba Khamenei is the second son of Ali Khamenei. He is now 50 years old and married to Gholam Ali Haddad Adel’s daughter, a former speaker of the regime’s parliament and Khamenei’s advisers.

Mojtaba Khamenei was a member of the Revolutionary Guards’ Habib Battalion during the Iran-Iraq war. Later, he had a close relationship with Basij forces and Hossein Taeb, its former commander. It is said that in the 2009 election, Mojtaba Khamenei tasked Hussein Taeb with controlling the Basij force.

Mojtaba Khamenei is said to be behind the scenes of security appointed by Khamenei.

Gholamhossein Mohammadi Golpayegani is one of the top Mullahs in the government who has been the chief of staff of the supreme leader of the Iranian regime since 1989.

In spring, he held the post of Khomeini’s representative at the eighth air base in Isfahan and after a while he moved to Tehran, but continued to work in the ideological-political department of the Air Force.

His son’s marriage to Khamenei’s daughter, along with his three decades in office, has strengthened his bond with the supreme leader. Golpayegani participates in many important government ceremonies and programs on behalf of Khamenei and he is a very close and trusted confidant of the supreme leader.

During his tenure as Foreign Minister, he took many steps to facilitate the terrorist acts of the Iranian regime, including Mykonos restaurant assassination case in Germany, in which Dr. Sadegh Sharafkandi, secretary general of the Kurdistan Democratic Party, and several other politicians were killed. Ali Akbar Velayati was one of the defendants in this case and his indictment was upheld by a German court.

He is also wanted by Interpol for planning and supporting terrorist operations against the AMIA Jewish Center in Argentina.

Major General Gholam Ali Rashid, is the current regime’s commander of Khatam-al Anbia Central Headquarter. He is also the Deputy of Defense Affairs at the Supreme National Security Council.

He was the IRGC’s deputy commander of operations from 1984-1989. Rashid served as the deputy of intelligence and operation of regime’s General Staff of Armed Forces for 10 years between 1988 and 1998.

While serving as the deputy of intelligence and operation of regime’s General Staff of Armed Forces, he became major General in March 1999. Four months later Khamenei appointed him as the Deputy Chief of the General Staff of Armed forces. He held this position until 2015.  Rashid is the commander of Khatam-al Anbiya Central Headquarter since 2015. Khatam-al Anbiya Central Headquarter is the IRGC’s highest military operational unit; and it’s in charge of planning, coordination and operational supervising of the Armed Forces.

In September 30, 2019, NCRI’s US Representative office in Washington D.C. exposed Major General Rashid’s role in the attack against the Saudi’s Aramco oil installations on September 14.

According to the NCRI’s intelligence, in its session on Wednesday, July 31, 2018, the regime’s Supreme National Security Council approved the attack on the Saudi oil installations.

One of the IRGC’s commanders who were present at this session was Gholam Ali Rashid. Khamenei personally approved the plan of attack. Rashid and Amir Ali Haji-Zadeh, the IRGC’s Aerospace commander, became in charge of planning and executing this attack.

Mohammad-Hossain Afshordi, known as Mohammad Bagheri, serves as the regime’s Chief of Staff for the Armed Forces.

Bagheri joined the IRGC in early 1980s and was an IRGC member throughout the Iran-Iraq war. He was the head of the intelligence and operations department in the General Staff of Armed Forces from 2002 to 2016. He also served as deputy of coordination of the Khatam-al Anbiya Central Headquarter from 2007 to 2016. From 2014 to 2016 Bagheri also served as the Deputy Chief of Staff of the Armed Forces.

Chief of Staff for the Armed Forces of the Islamic Republic of Iran is the most senior military position in Iran. Therefore Bagheri plays a key role in making important military decisions, such as interference in the region, planning terrorist operations, funding terrorist groups and missile proliferation.

One of the Iranian regime officials who is in Khamenei’s inner circle is Vahid Haghanian. He is also called “Commander Vahid” or “Mr. Vahid.” He was one of the top military commanders who has been Khamenei’s special deputy and the deputy manager of the Supreme Leader’s office during the recent years.

Haghanian is in charge of announcing Khamenei’s decisions and viewpoints to political, security and military organizations, and to coordinate between them.

He is one of the few IRGC members who rapidly became commander, without having a military background.

Hossein Dehghani Poudeh, is another regime’s military official who has served in various military positions.

Dehghan served as Defense Minister during the first term of Rouhani’s presidency(2013-2017) , and he is now Advisor to the Supreme Leader on Defense Industries and Army Support. From 2004 to 2009, he was Vice President and chairman of the Shahid Foundation (Bonyad-e Shahid), one of the largest economic institutions in the regime. He was also the IRGC’s Aerospace commander.

The U.S. has designated IRGC as a terrorist entity. The IRGC controls the Iranian economy and uses national wealth for terrorism, warmongering, interference in the Middle Eastern countries and producing and proliferating weapons of mass destruction.

Gholam Ali Haddad Adel is currently a member of the Expediency Council, President of the Academy of Persian Language and Literature, and a member of the organization for Educational Research and Planning.

He has been a member of parliament for a number of terms and is the fifth speaker of the regime parliament. He is also a member of the Supreme Council of the so-called Cultural Revolution which closed universities in 1989, and after a while took control of all universities. During the period, many of the professors, academics and students who were intellectually opposed to the Islamic Republic were purged.

On July 8, 2008, Gholam Ali Haddad Adel was elected by Khamenei as a top adviser to the regime’s leadership.

His daughter is now the wife of Mojtaba Khamenei, the second son of the Supreme Leader of the Iranian regime. This family relationship has played an important role in stabilizing his position in the political structure surrounding Khamenei.

Ali Khamenei has also appointed Haddad Adel as a member of the Supreme Council of the Organization for Islamic Culture and Communications and the World Assembly of Ahl-ul-Bayt (AS) World Assembly, active in the field of religious diplomacy of the regime abroad.

His appointments and family relationships have led him to become a senior advisor, thus giving him a multi-faceted, organized relationship with the supreme leader.

Simultaneous with deliberation on Iran UPR, MEK supporters in Switzerland demonstrate outside the UN European HQ