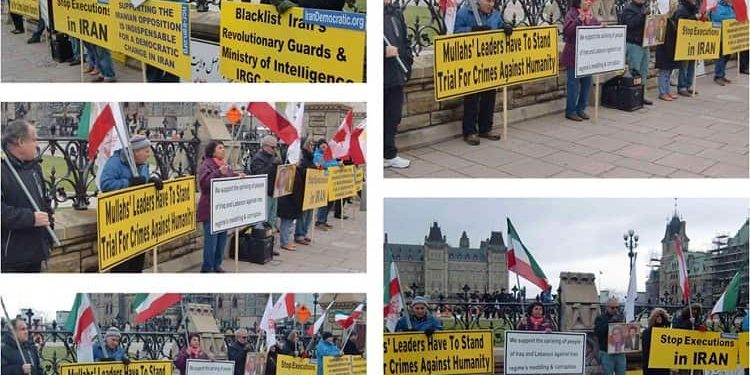 Even though winter is upon us, but MEK supporters have not slowed down their activities.

On Saturday, November 8, MEK supporters gathered in front of the Canadian Parliament and across from the prime minister’s office, in solidarity with the uprisings of the people of Iraq and Lebanon.

They also called upon Canada to blacklist the IRGC, the Islamic Revolutionary Guard Crops.

The people of the region, especially the Iraqi people, who are deeply angry about the Iranian regime’s interference and terrorist acts, have been protesting for more than 20 days.

In addition to calling for the dissolution of the current government and the formation of a government to eradicate poverty and corruption, they also want to end the interference of the Iranian regime and its affiliated groups in Iraq.

During Iraqi demonstrations, the people repeatedly attacked the Iranian Consulate in Karbala and set fire to the Iranian flag and photos of regime leaders including Ali Khamenei, the supreme leader of Iranian regime, in various cities of Iraq.

MEK supporters in Canada have also called on the government to designate the Iranian Revolutionary Guards (IRGC) and the Iranian Ministry of Intelligence (MOIS) as terrorist groups.

Currently, the Revolutionary Guards, a military organization which plays a major role in suppressing of the Iranian people and plundering their wealth and controlling the country’s economy, is designated as a terrorist organization by the United States.

MEK supporters in Canada hoisted Iranian flag and placards that state the Iranian regime’s leaders should be tried for crimes against humanity. They called for holding the mullahs to account for human rights abuses and genocide.

It worth to mentioning, last week Amnesty International described human rights abuses in Iran as gruesome.

In this regard, Philip Luther, Research and Advocacy Director for the Middle East and North Africa at Amnesty International, said:

“From horrific execution rates to the relentless persecution of human rights defenders, rampant discrimination against women and minorities, and ongoing crimes against humanity, the catalog of appalling violations recorded in Iran reveals a sharp deterioration in its human rights record.”

MEK supporters in Canada stated that supporting the Iranian opposition the National Council of Resistance of Iran (NCRI) and the People’s Mojahedin Organization of Iran is indispensable for a democratic change in Iran. 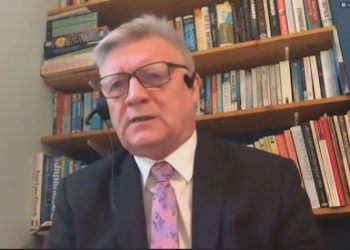 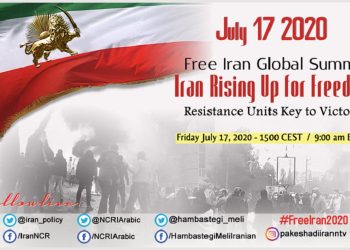