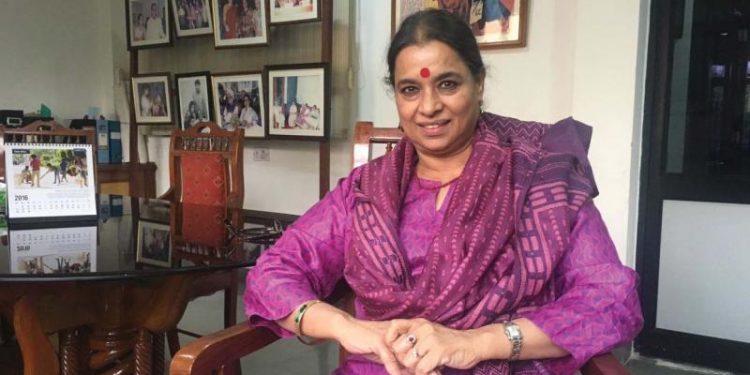 Ranjana Kumari – Director of the Center for Social Research in Delhi

Ranjana Kumari – Director of the Center for Social Research in Delhi

On Saturday 13 july 2019, a large crowd gathered in Ashraf 3, Albania, home to Iranian opposition group People’s Mojahedin Organization of Iran (PMOI/MEK), to hold the annual Free Iran rally of the Iranian resistance. The event was the fourth installment in a series of events held at Ashraf 3. Ranjana Kumari gave a speech in this gathering.

Ranjana Kumari: Salaam freedom fighters of Ashraf 3. Salaam Mrs. Rajavi. I just want to start by reminding you that when you used to wave through those cameras I used to wonder who are these brave people, these brave women? Here I am I’m walking around, when you come to hug me I get that and the strength that you have really shown in this struggle for freedom of Iran. Your resilience, your strength, your hard work is visible to the whole world today when you walk through this campus. Every stone speaks about your courage. Every stone speaks about your hard work and also your resolve that you are not going to give up.

Last year at International Women’s Day we supported hashtag. I hope I’m saying it right. To support the women of Iran in the uprising. wrote that this hashtag was created simultaneously with the PMOI’s meeting in Paris named Women Force for Change, and Mrs. Rajavi you participated in that meeting. I bring greetings from the women of the Global Network for Change. We are women from over 50 countries who come together and we support unequivocally the struggle of Mrs. Rajavi for the freedom of Iran. We are here to (repeat) that leaders for regime change in Iran, we are here.

Ranjana Kumari added: Let me just remind you, what Mahatma Gandhi said. I think somebody did quote, and I was absolutely elated by hearing that, tyrants can really suppress people for some time, but when people rise they don’t know where to go, they look around and they have to hide, they have to run away. And that’s what is going to happen because you will, you shall, and you are going to win. You will enter Iran and we are going to celebrate in Tehran. We are going to celebrate. And I promise you, we all will be with you when you all are there in the country. And we have been in solidarity, I have been coming to your conferences and we have been in solidarity.

Ranjana Kumari emphasized: I bring greetings of people of India to you. We are side by side, I can promise you, with Mrs. Rajavi through the hard times and have really supported her 10-point for the future plan. What more the global leaders are expecting to happen? What more they want to see? Read these 10 points and you will know that everything the future generation is asking for and desiring for is really part of this 10-point agenda. You cannot and must not forget.

Ranjana Kumari ended her speech saying: Today, since I have only two minutes, today I know that we are one step closer to Iran, Maryam,. Iran, Maryam. May you roar like lion and shine like the sun. May you all see the victory under the sky. Very soon I’m sure. With the global leaders here it’s not going to be far. And also of course the messages of your peace, freedom, and justice and democracy goes everywhere. That’s where the future of this whole earth is, that’s what the future of this globe is. And also I want to join you in saying (Hazzer, Hazzer, Hazzer). 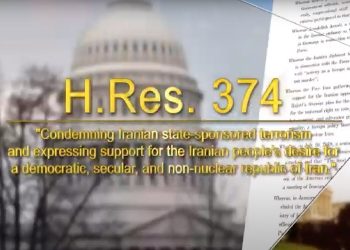