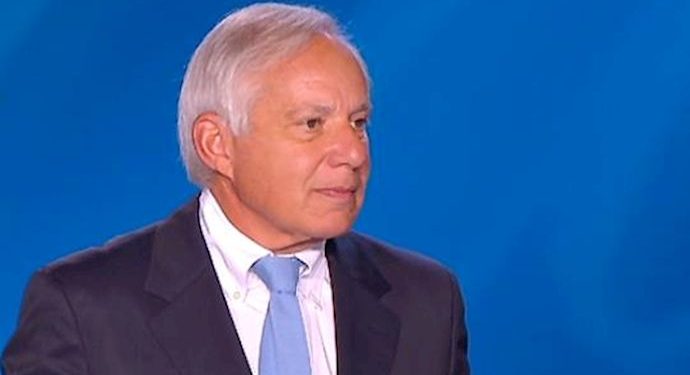 On Saturday 13 july 2019, a large crowd gathered in Ashraf 3, Albania, home to Iranian opposition group People’s Mojahedin Organization of Iran (PMOI/MEK), to hold the annual Free Iran rally of the Iranian resistance. The event was the fourth installment in a series of events held at Ashraf 3. Sen. Robert Torricelli gave a speech in this gathering.

Sen. Robert Torricelli: My friends. Thank you. Allow me to introduce myself. I am a volunteer, a simple soldier in the international fight to end the dictatorship and bring freedom to Iran. For a thousand years, in ancient times, from Palestine to the hills of Albania to Gibraltar, when people met on street corners and homes, the proudest claim in all the world, civis romanus sum, I am a citizen of Rome. Within the life of the oldest among us, from the Caspian Sea to the cafes of Tehran to the Indian Ocean and cities and towns, wherever men and women stand tall, the tallest among them will say, I was a resident of Ashraf. I never gave up. I never gave in. I am an Iranian who always lived free. That is Ashraf.

Today what began with a single woman is now a chorus of voices all around the world. To those of you in Iran who at the risk of your lives listened to us on radios or on flickering television screens or on devices in your hands, it is your time. We are ready. It is your moment. To the students, if you have not joined a brigade of resistance yesterday, join it today. If you do not join today, join tomorrow. But do not be a witness to history, take your lives in your own hands. To the workers who hear my voice and toil in the factories of the Revolutionary Guards, break your chains, lay down your tools, stop working to fund terror and misery and the destruction of your own country. Rise up to work to feed your own families in a new Iranian freedom. We are ready. The time is now.

Sen. Robert Torricelli added: To those in the diaspora, the Iranian community from Germany and France to Canada and America, the past is forgiven. The future is now. We have a common cause, to restore the dignity of the Iranian nation, the freedom of the Iranian people, and build a secure freedom of liberty. There is only one organization that promises the destruction of the regime, the building of a democratic future, that can muster the resources, make the sacrifices, and restore the nation. That organization is the PMOI and its leader is Madame Rajavi.

Gathered here today is what the regime could not buy, the respect, the dignity of other nations. I am proud to be here among the delegation of my own nation. Democrats or Republicans, liberals and conservatives, north, east and west, in the most distinguished group of united Americans it has ever been my pleasure to join. Committed to one common cause: the destruction of this regime now.

Sen. Robert Torricelli ended his speech saying: In every organization, in every group of men and women there are many voices but one is always the strongest. There can be many people but one is always the most committed. Many can join later but one had to have joined first. There is no issue in my country when the day comes to liberate Tehran who will be the first, loudest and proudest. It is the former mayor of the great city of New York, Rudy Giuliani. 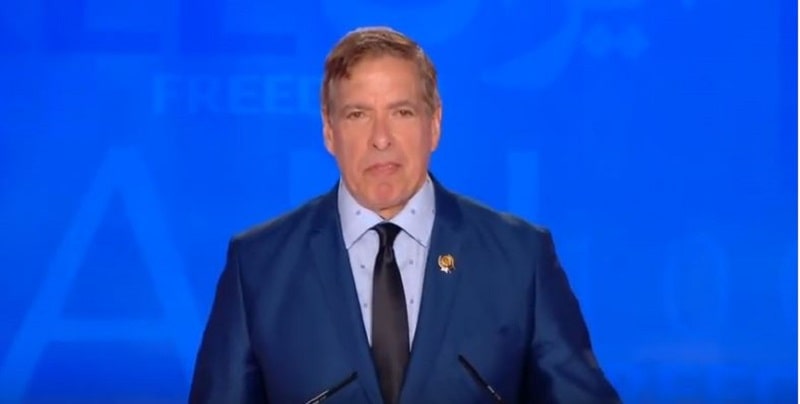