The role of the Resistance and protesters in Iran’s uprising 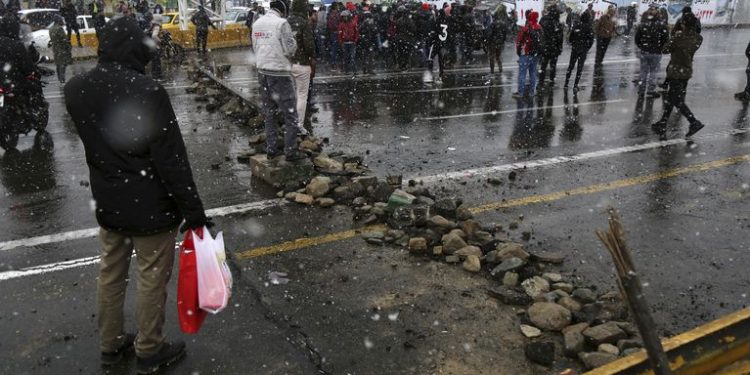 widespread protests in more than 110 cities in Iran

The National Council of Resistance of Iran (NCRI), the main opposition to the Iranian regime, has been closely following the people and the events that are unfolding. It has reported that protests have spread across more than one hundred cities in almost every province.

The NCRI has also reported that there have been more than two hundred deaths of protesters. The opposition is encouraging more people to rise up and support the protesters that are out on the streets calling for the regime to be held accountable and fighting for the rights of all Iranians.

The leader of the Resistance, Mrs Maryam Rajavi has called on the UN Secretary General to meet urgently with the UN Security Council, given the high numbers of deaths and injuries since last Friday. Mrs Rajavi has said that deaths and casualties are increasing by the hour, emphasising on the urgency of the situation.

In the latest updates from the country, there have been IRGC properties destroyed by protesters and a number of cars belonging to security forces have been set on fire.

At the University of Tehran in the country’s capital, protesters have been chanting “Down with the dictator” and other anti-regime slogans.

In Shiraz in south-central Iran, protesters have been blocking roads and taking over the area from security forces and anti-riot police. In another part of Shiraz, protesters have set fire to an office of an official linked to the Supreme Leader.

The MEK has a huge network of members and supporters both inside and outside the country. Despite the cell phone and internet shutdowns, the MEK has been able to disseminate up-to-date information about what is happening in numerous cities. Its network in Iran said that two Fajr Corps commanders (linked to the IRGC) were shot dead by a colleague. The two commanders had ordered troops to fire on protesters.

The MEK network has also been able to intercept radio communication between forces. In a recording from Robat Karim, the chief of the Greater Tehran police force and an IRGC General were heard taking about the protesters. They said: “They’re destroying everything. There’s 5000 of them.”

Young people are instrumental in this current uprising, as they have been during the protests over the past few years. The people are going to be the force behind regime change and will be directly responsible for changing their future. They are determined to move on from years of repression and move towards rights for all, freedom and democracy.