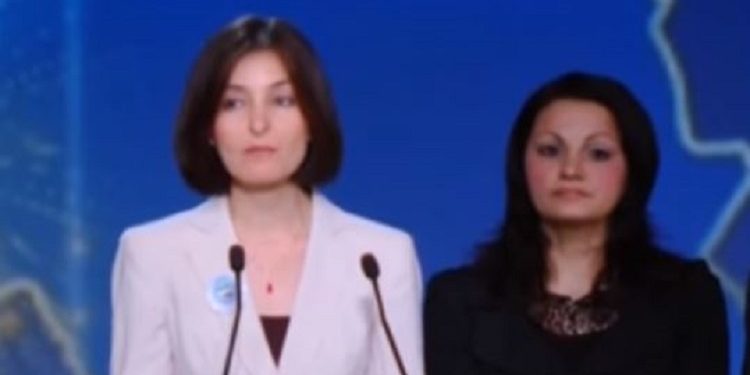 The world doesn’t yet have full knowledge of the Iranian regime’s crackdown on the ongoing nationwide protests because of the internet shutdown that targeted everyone bar government officials and state media outlets, but what little information has leaked should horrify us all, according to Homeira Hesami of the Iranian-American Community of North Texas.

Hesami wrote in The Dallas Morning News on Sunday that the regime has, in many cases, refused to return the bodies of the slain to their families, which is reminiscent of their actions during the 1988 massacre of 30,000 political prisoners.

She wrote that we should be alarmed over “the prospect that the perpetrators of the latest killings may never be held accountable for their actions. After all, no one has ever been brought to justice for the 1988 massacre. In fact, many of the leading participants in that massacre have been rewarded with progressively more powerful appointments in the Iranian government and state-linked private industries”.

One of the reasons for this crackdown is that over the past 40 years, the regime’s crimes have largely been ignored by the West in favour of appeasement, so the mullahs believe they will face few consequences from the international community. Luckily, they will face consequences from the Iranian people and the People’s Mojahedin Organization of Iran (PMOI/MEK) who will overthrow them in time.

Hesami explained that one of the reasons for the internet shutdown was so that the regime could conceal the fact that the Iranian people are on the brink of bringing down the mullahs. Why else would the people continue to go out when at least 450 have died, 7000 have been injured, and 10,000 have been arrested?

The real question is not whether these protests will see the end of the regime, but whether the international community will ignore these crimes against humanity instead of condemning the regime, instituting sanctions, and sending fact-finding delegations that will all put pressure on the mullahs and weaken them so that the people can hasten their overthrow of the dictatorship.

Hesami praised the White House, the State Department, and the UN Human Rights Council for condemning the excessive use of force by Iranian authorities, but advised that these must be followed by “concrete measures to cut into the regime’s sense of impunity” and that human rights activists should push for more decisive action.

She advised that the is bipartisan condemnation of the killings and support for the uprising in Iran, including Senators Ted Cruz, Mitch McConnell, and Robert Menendez, as well as  Representative Michael McCaul.

Indeed, earlier this month Cruz told the Senate: “The government of Iran has been under a shroud of darkness for decades now. Ayatollah Khamenei and the mullahs enforce brutal repression on the people. And I will say to the Iranian people, to the men and women of Iran: America is with you. America is with you and your struggle against cruel, oppressive, torturing, murderous tyrants. Freedom matters. I believe we can one day again have a free Iran, not with the Ayatollah in power.”

Hesami wrote: “The current uprising aims to remove the entire regime, and it needs the US and the rest of the free world on its side. After years of appeasement and inaction in the face of ayatollahs’ persistent human rights abuses, suppression and foreign adventurism at the expense of the Iranian people, it is the least the outside world can do.”