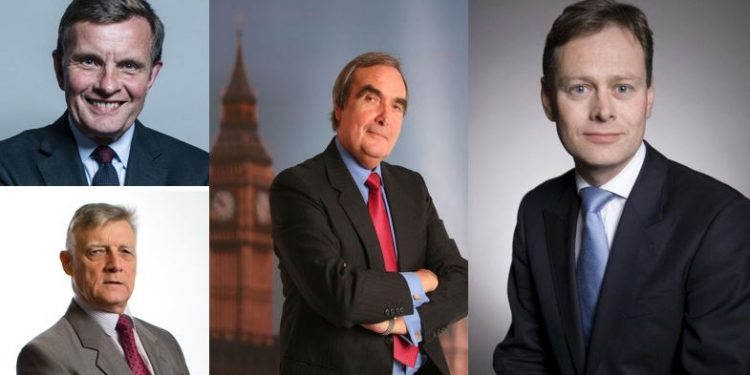 Protests in Iran continue and more than 600 people, including several children, were indiscriminately shot and killed by the IRGC, Bassij, undercover intelligence agents and the police.

Also, at least 4,000 people were shot and injured and more than 12,000 were arrested, many of them after they were shot. Arrested protesters are under severe torture to make false confessions. Meanwhile, the protests in Iran continue to garner the support of dignitaries and politicians across the world. Members of UK parliament are expressing their support for the just demands of the Iranian protesters.

I know that many of your kinsmen have been killed as a consequence of the uprising that’s taking place at the moment, I know also that you’re having difficulty in communicating with the outside world but the authorities have stopped internet traffic and you must be feeling isolated at the moment.

Freedom will continue the fight in this country to support the cause of liberty in Iran and in the meantime can I wish you very well and hope that as many of you as possible can be saved.

During my time as the Member of Parliament I’ve undertaken many issues on behalf of my Iranian constituents and I’m very pleased to say, we recently held a meeting in the House of Commons attended by many distinguished parliamentarians from all the political parties to speak about the issues and problems that are continuing in Iran.

In recent days we have seen protests against the petrol strikes and many people have been killed as part of those protests.

President Trump has made it very clear that he won’t abide a nuclear Iran but still we see events continue to unfold in the country.

After the general election which I hope to be reelected this is an issue that I intend to bring to the Foreign Office we certainly want to take action against the mullahs, not only with the sanctions that were under the, joint comprehensive plan of action but we want to ensure that not only is the joint plan not breached but more importantly we want the people of Iran to be treated with respect and dignity.

We certainly do not wish to see extrajudicial killings which we have understood have occurred on the streets and we certainly do not wish to see the mullahs engaging in activities that are not good for their country people so in the next couple of weeks while the United Kingdom may be looking at a general election some of us will be looking further field to see what is happening in Iran.

It remains a great issue for many of us, a great issue for the constituents of the Hendon constituency and certainly will continue to be one of my priorities in Parliament; so, I give my solidarity to those people who have fallen at the behest of the mullahs and at their dangerous actions but we continue to support you and your comrades around the world whether it be in Camp Ashraf or any other parts of the world, so until I speak to you again I wish you all well and we are with you.

The news coming out of Iran is extremely concerning and the massive increase in petrol price has, quite understandably, provoked a huge reaction from the public and the regime showed its brutality by using live ammunition against its own people. I understand over 400 people have so far been killed and I condemn unreservedly what the Iranian mullahs’ regime have done and I think international opinion should also rise up and condemn them because they’ve declared war on their own people.

We’re all very focused on the British general election as I’m sure you can understand but that probably eans we’re taking our eye off events in Iran at the moment and we must be careful that we don’t do that. We know that there’s turmoil in that country. we have violent  reports of at least 250 people being killed. we know that somewhere near 4,000  people have been injured.

Many of these youngsters and teenagers shot in the head and the chest which suggests that they’re ctually being shot by snipers deployed by the regime.

Now of course the regime is going to try and tell you this is the work of terrorists; this is a work of people who are trying to destabilize the regime. The reality is this is the reaction of ordinary Iranians to the oppression of living Under.

It started with a huge hike in oil and petrol prices. In an oil-rich country because the mullahs have so disastrously managed the economy that is on its knees.

Now as I see we are preoccupied with a British general election but we must not turn a blind eye to what’s happening.

The British Foreign Secretary should be asking questions of his opposite number in Iran and we really need a UN investigation team deployed to find out exactly what’s happening, where are the bodies, what’s happened to the people who are disappeared.