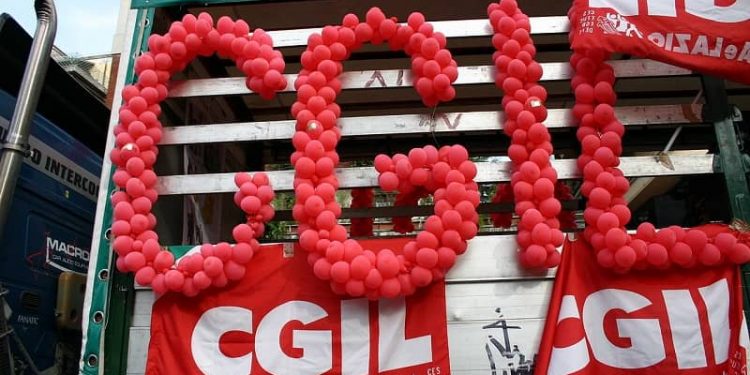 General Italian Confederation of Labour-CGIL, with more than 5 million members in province of Pesaro and Urbino, Italy, announced its solidarity with the Iran protests in a statement.

Iran’s theocratic regime has been in power for 40 years and these days has responded violently to peaceful protests organized by Iranian workers and citizens. The regime has resorted to outright repression to quell the rightful protests of thousands of Iranians.

The protesters came to the streets peacefully to protests gas price hikes and subsistence wages that was taken from them.

According to reports by international human rights agencies and associations, including Amnesty International:

General Italian Confederation of Labour-CGIL, in the cities of Pesaro and Urbino provinces, proves its support for the workers and students and all Iranian citizens who have taken part in recent Iran protests demanding their rights and sympathizes with their struggle for freedom and democracy.

We call on the Iranian government to put an end to the suppression and killing as soon as possible and let the EU and the UN follow this situation because they are both experienced and specialized.

Roberto Rossini è Secretary-General of General Italian Confederation of Labour-CGIL, in province of Pesaro and Urbino.