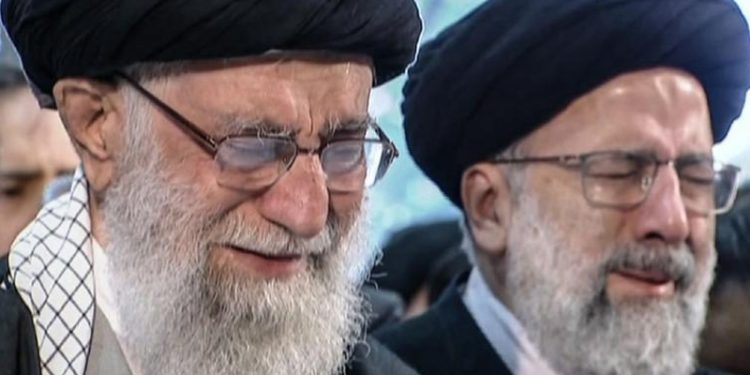 Iranian state-run media has been spreading this bogus claim that millions of Iranians attended the regime’s top military commander Qasem Soleimani’s funeral in Tehran on Monday, with aerial images showing a massive crowd.

This was something that Western media were quick to republish without checking the facts. The reality is that the regime is a theocratic dictatorship and dictators will often force the public to attend propaganda gatherings; something that happened for the funerals of Joseph Stalin, Kim Jong-il, and Fidel Castro.

Indeed, there are numerous reports that the Iranian regime shut down the cities where the Soleimani’s funeral procession was held, forcing shop owners to shut their stores and put up posters of Soleimani in their windows. They then enticed the starving people to come to the funeral by promising them free food – a big motivator when 80% of the population lives under the poverty line – and students by promising them good grades. The regime also bussed in military personnel, security forces, employees of government institutions, and more to Tehran to make up the crowd.

The reality is that Iranians were overjoyed by the death of Soleimani, who they call “the child-killer”, the architect of Iran’s destructive strategy in the region, which spends billions of foreign wars and leaves ordinary Iranians in poverty.

In fact, there are numerous incidents of Iranians celebrating his death, despite the very real prospect that they could be severely punished. In Ahvaz, locals danced upon hearing the news, on social media Iranians posted pictures of themselves celebrating at home with pastries and sweets and thanking Donald Trump for killing Soleimani. These acts reject regime’s bogus claim of extraordinary participation of people at Soleimani’s funeral.

The most thrilled by Soleimani’s death were the families of the 1,500 civilians killed during the recent November 2019 protests, who rightly blame the likes of Soleimani for those deaths and are angry about the fact that they were not allowed to hold funerals for their loved ones.