Albania announced on Wednesday it has expelled two of Iran regime’s diplomats. The country’s foreign ministry said earlier this week that just a year after expelling the Iranian ambassador, two more diplomats have been forced to leave.

Albania welcomed thousands of dissidents after they were finally allowed to leave exile in Iraq where they had spent years. The members of the People’s Mojahedin Organization of Iran (PMOI) have been living in Albania for several years now and the Albanian government has foiled plots set up by Iranian regime officials targeting these dissidents.

The Albanian government has said that the two expelled Iran regime’s diplomats are Mohammad Ali Arz Peimanemati and Seyed Ahmad Hosseini Alast. They have been ordered to leave because of “activity incompatible with their diplomatic status” – a phrase that has previously been used in cases of spying.

The Foreign Affairs Ministry of Albania also said that the two expelled Iran regime’s diplomats have been acting “against the principles of the Vienna Convention for Diplomatic Relations”.

Leader of the opposition movement and president-elect of the National Council of Resistance of Iran (NCRI) Mrs Maryam Rajavi has commented on the recent expulsion of Iranian diplomats, commending the government of Albania for its “courageous” decision and “commendable step in combating terrorism and ensuring the security of the people of Albania and Iranian refugees”.

Mrs Rajavi renewed her call to other countries to take such matters of security more seriously, encouraging leaders to follow in the steps of Albania.

Many of the Iranian diplomats posted abroad are agents of the MOIS Intelligence Ministry or officers of the Islamic Revolutionary Guard Corps (IRGC). They are trained spies and terrorists and have the task of gathering information about members of the opposition.

Not only do these agents present a risk to opposition groups and dissidents abroad, but they also present a risk to local populations. Hence the calls from the NCRI for countries to investigate and act accordingly.

Just over a year ago, the Albanian government expelled the regime’s ambassador to the country and another diplomate. The two were involved in a terrorist plot targeting the members of the PMOI / MEK in the country while they were due to be celebrating the Iranian New Year.

And in October last year, the chief of police in Albania revealed further details about the plot and said that the security forces had managed to foil it in the very last stages before the attack was to be implemented.

The Rebellious youths hail the martyrs 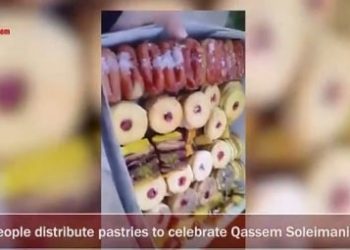