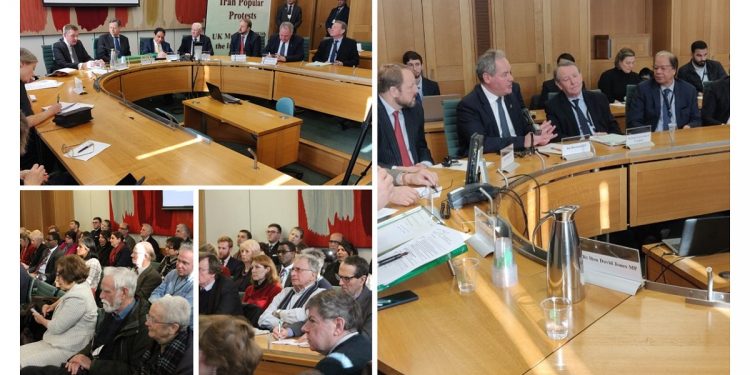 On Tuesday, a group of cross-party MPs and members of House of Lords attended a conference in the House of Commons, in support of the recent protests in Iran.

At the UK conference, speakers advised that the popular protests, which began in December 2017 and never really died down despite a brutal crackdown by the mullahs that has killed thousands, are the Iranian people’s way of rejecting the regime as a whole and demanding a democratic, free Iran.

MPs and Peers in a cross-party conference call on the UK Government to support #IranProtests & stand with the #Iran people and their just Resistance Movement led by Mrs. @Maryam_Rajavi for a #FreeIran2020 @BorisJohnson @foreignoffice @DominicRaabhttps://t.co/JPc5b4grHB pic.twitter.com/gSTnIzahc6