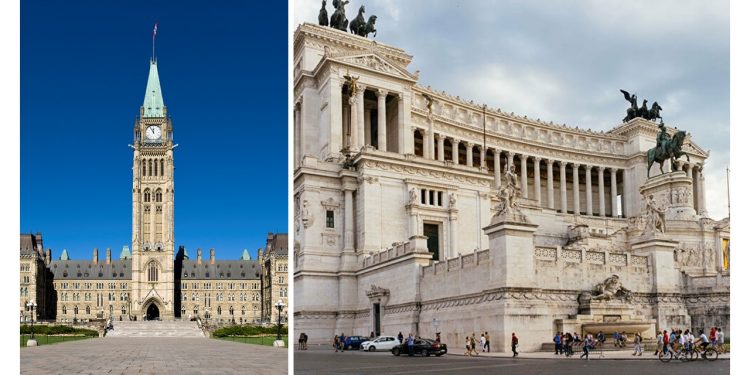 Italian and Canadian lawmakers have been expressing solidarity with the Iranian people amid the coronavirus outbreak in Iran and regime's inaction.

Italian and Canadian lawmakers and politicians have been expressing solidarity with and concern for the Iranian people during the coronavirus pandemic as the regime fails to respond appropriately.

The Italian Committee of Parliamentarians for a Free Iran wrote a letter to United Nations High Commissioner for Human Rights Michelle Bachelet on March 23 to express concerns over rising coronavirus deaths in Iran and show solidarity with the Iranian people.

The letter, which was also sent to the World Health Organization (WHO) and Special Rapporteur on the situation of human rights in Iran Javaid Rehman, explained that the Committee has followed Iran’s human rights situation for years, with the hope that the Iranian people will see freedom, democracy, and peace.

They wrote: “The spread of the disease has been extremely severe in Iran, mounting to a humanitarian catastrophe. According to information collected on the field and provided by the opposition movement People’s Mojahedin Organization of Iran (PMOI), not less than 9600 (now, 11,500) infected people have already lost their lives, while international media suggest that the Iranian regime is building vast coronavirus burial pits.”

The signatories, including Italian MPs Antonio Tasso and Stefania Pezzopane, said that the regime’s cover-up was a crime against humanity and urgent intervention was needed to save lives.

They wrote: “We call on the United Nations to address this issue by adopting all the possible measures. In particular, the World Health Organization should provide humanitarian assistance to the Iranian population not to the organs of the Iranian regime, such as the IRGC, but directly to the hospitals. Furthermore, the regime’s officials responsible for concealing the extent of the epidemic in Iran should be held accountable by international bodies.”

The Canadian Friends of a Democratic Iran wrote a letter to Rehman, on March 20, highlighting their concern over the fate of political prisoners as coronavirus spreads easily in the overcrowded and unhygienic prison conditions.

It read: “The mistruths, cover-ups and disinformation, coupled with total disregard for human lives and the incompetence of Iranian regime leaders, have caused an exponential growth of the [coronavirus] inside Iran. This has led reportedly to more than 6400 deaths (now, 11,500) across the country so far. The WHO team, which arrived in Tehran to assess the situation, confirmed that the scale of the human losses is under-reported by officials.”

They said that prisoners are especially vulnerable to infection because of the factors already mentioned, but have always been denied adequate healthcare. This is of particular concern for political prisoners, who were not among the prisoners granted temporary release.

In a quoted statement from 40 political prisoners who went on hunger strike to protest their continued incarceration, they explained that some inmates have already died from the virus and that the regime’s refusal to release them is a crime against humanity.

The letter read: “We believe the spread of COVID-19 in Iran’s prisons against defenceless, unprotected and vulnerable political prisoners is already a disaster with generational consequences. In the circumstances, we urge you to press as hard as you can to ensure that political prisoners, who were already suffering a huge injustice for seeking justice and human dignity for all Iranians, are released and safeguarded from this pandemic.”