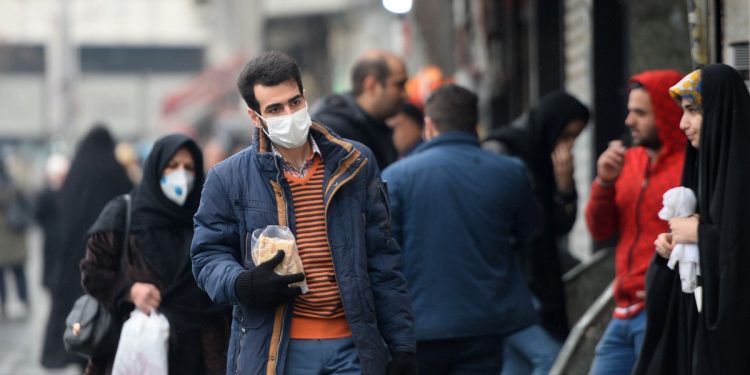 As of Monday 13th April, more than 27,000 people have died in Iran after contracting COVID-19. The death tolls continues to rise as the Iranian regime’s incompetence becomes more and more apparent.

Some cities have been hit badly, including Tehran which has counted more than 4,000 deaths, and Qom and Khorasan Razavi which have each seen more than 2,000 deaths.

To deal with the huge amount of fatalities, startling measures are being put in place. The deputy-mayor of Tehran, Mojtaba Yazdani, recently announced that there will be a dedicated part of the city’s Behesht-e Zahra Cemetery that will be used for Coronavirus fatalities.

Despite the increasing coronavirus fatalities, Iranian regime’s President Hassan Rouhani announced last week that starting on Saturday 11th April, people should return back to work. The Iranian president had been advised by many that this would be a huge mistake because it would just bring another surge in infections, however Rouhani is keen to get the country back to normal so as not to further impact the economy.

Other countries across the world have acknowledged that their respective economy is going to face a big hit, but they have made it clear that their priority during this health crisis is the preservation of their health services. This has meant governments are telling people to stay at home unless they are key workers. Measures have been put in place so that families are still able to afford the most basic of essentials. Iran, however, has not put any such measures in place.

Trying to justify his decision to send people back to work, the Iranian president said that Iran is dealing with the health crisis well, saying that the country has had more success than some European countries in containing the virus.

This is quite simply not the case. The Iranian government is refusing to publish accurate statistics, claiming that only a few thousand people have died. It is the main opposition to the Iranian regime – the People’s Mojahedin Organization of Iran (PMOI / MEK) that has been publishing the fatalities. The PMOI / MEK is in contact with doctors, medical professionals, morgues, cemeteries and people across the country and it is debunking the regime’s lies every day.

Rouhani is also unable to convince his own officials that the situation is under control or that he is taking the best course of action. Government officials, from very early on in the outbreak, have been truthful about the situation and are contradicting statements made by the Iranian president.

The head of Tehran’s National Coronavirus Combat Taskforce (NCCT) Alireza Zali believes that the consequences of people returning to their usual working activities will be seen in a few weeks. He also drew attention to the situation of medical workers saying that many have died, many are sick and many are exhausted.

Experts are warning that Iran has not reached the peak of the outbreak and that worse is yet to come in Iran.

An international effort is required to bring the situation under control in Iran considering that the Iranian regime is incapable of protecting its own people.

5th online conference over the coronavirus outbreak in Iran