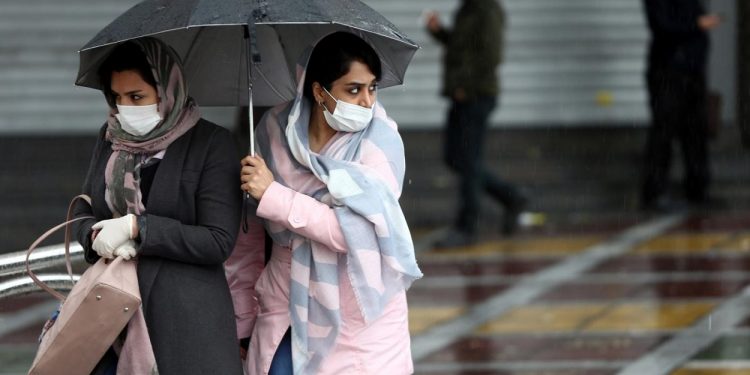 At least 32,800 people have died from the Coronavirus in Iran, as of Sunday, according to the People’s Mojahedin Organization of Iran (PMOI/MEK).

Eyewitnesses have reported that 800 people died from Coronavirus in Shariati Hospital in Tehran and that extra beds have been put in the basement, while at Sattari Hospital, 100 people have died from the virus. Ali Maher, a member of the National Coronavirus Combat Taskforce (NCCT), said that 138 hospitals in Tehran are receiving Coronavirus patients.

Meanwhile, in Qom, the death toll is so high that victims are buried in mass graves outside the city. the coronavirus death toll at this city surpasses thousands.

Despite all this, President Hassan Rouhani claimed that the situation regarding the number of hospital admissions for Coronavirus and those is a critical condition had “decreased”, which is why he felt confident about re-opening some businesses on May 1.

But this was contradicted by Iranian officials, worried that this could cost lives.

Alireza Zali, head of NCCT in Tehran, said that there was a 7% increase in intensive care patients in Tehran’s hospitals and a 3% increase in admissions overall, although the regime has been very reluctant to give actual figures because they fear a popular uprising over their mishandling of this crisis.

Haghshenas said: “The wrong statistics could endanger people’s lives… If the NCCT officials do not provide accurate and clear information, they could be charged with manslaughter and should be held accountable for all these deaths for failing to make the right decision and perform duties properly.”

Of course, like many countries across the world, Iran could pay its citizens to stay at home, but they wouldn’t even have to increase the national debt. They could use the thousands of billions of dollars in assets that are held by the mullahs to support the people, something long called for by the National Council of Resistance of Iran (NCRI) and its president-elect Mrs. Maryam Rajavi