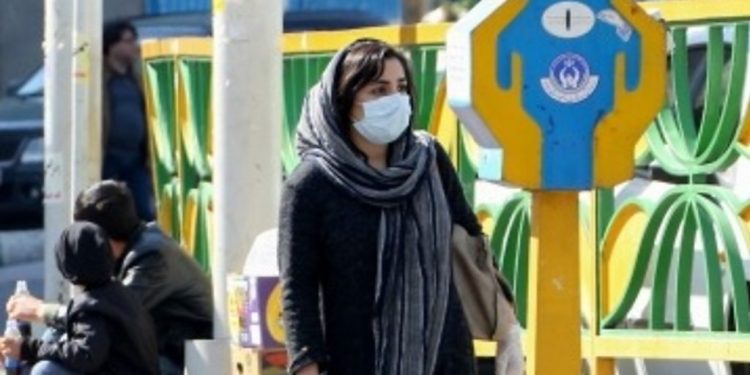 The main opposition to the Iranian regime – the People’s Mojahedin Organization of Iran (PMOI / MEK) – has reported that more than 34,200 people have died in Iran after contracting COVID-19 due to the regime’s inaction. These figures have been compiled by the Iranian opposition that has been in touch with medical professionals and morgues across the country, as well as the people of Iran.

Since the first cases of COVID-19 were detected in the country, the outbreak has spread rapidly, now affecting every single province and 295 cities.

There have been almost 6,000 deaths in Tehran with has become the worst-hit area, with Qom following with just over 3,000 deaths. Khorasan Razavi and Isfahan have each seen more than 2,000 deaths.

The Iranian regime is trying to downplay the situation, saying that the country is managing the crisis well and that people must return to their usual working activity. President Hassan Rouhani has been particularly focused on making it look like the outbreak is under control, but he has been lashing out at those exposing the regime’s lies and deceptions.

During a speech on Wednesday 22nd April, the Iranian President said that some people are trying to undermine the government, looking for problems and magnifying them. He hinted that those that are sceptical about the regime’s statistics are receiving instructions from abroad and that they are under instructions to cast doubts about the government.

He is clearly referring to the opposition. The PMOI / MEK is one of the biggest threats to the regime’s existence. For decades, it has supported the people of Iran and is working towards the establishment of freedom, democracy, peace and human rights. The organisation has overwhelming support both inside and outside of Iran. Over the years, it has proven time and time again that the regime cannot be trusted. It has exposed the regime’s lies and has been instrumental in the uncovering of the regime’s malign activities, helping foreign governments and intelligence agencies.

The regime’s inaction in facing the Coronavirus outbreak is criminal and it is obvious that survival is at the forefront of its actions. On Wednesday 22nd April, former commander in chief of the notorious Islamic Revolutionary Guard Corps (IRGC) echoed the words of the Supreme Leader when he said that the regime is attempting to turn the “Coronavirus threat into an opportunity”. Major Gen. Mohammad Ali Jafari said that society in Iran has more dangerous viruses than Coronavirus and said that the regime will apply itself to tacking these so-called dangers.

Unwilling to communicate the true extent of the Coronavirus outbreak, the regime is doing nothing more than strengthening the people’s determination for regime change. in other words, the death toll will be rising due to the regime’s inaction. Governments across the world are taking measures to protect their people and the economy at the same time. Although some governments have made mistakes or acted too late, they are ultimately acting in the interests of their people. This cannot be said for the Iranian regime that has now admitted that it is going to take advantage of a crisis that is tearing across the country.