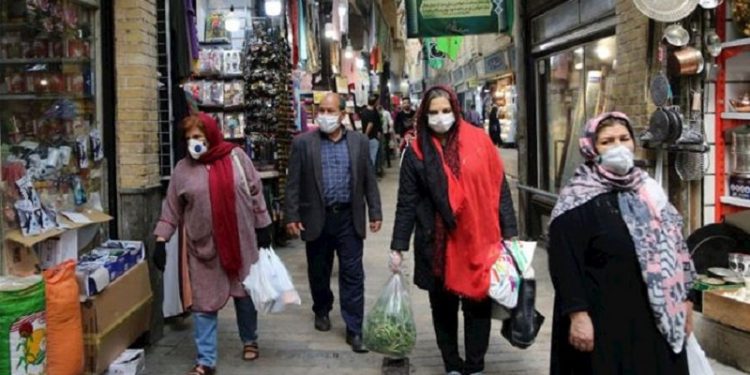 The current coronavirus death toll in Iran reached 35,600 on Tuesday, according to the People’s Mojahedin Organization of Iran (PMOI/MEK).

As the coronavirus deaths increases, the regime is trying to pretend that nothing is wrong, reporting a death toll on par with or below many European countries, so President Hassan Rouhani claimed that mosques, religious sites, holy shrines and Friday prayers would reopen in early May (about midway through the Islamic holy month of Ramadan).

🚨36,600 Iranians have died of novel #coronavirus.
This counts for 301 cities of 31 provinces in #Iran, all endangered and without any standard rescue plan.
🚨We raise concern for the millions of workers who are at risk of #COVID19 as we reach #MayDay2020 @ILO_NewYork @DrTedros pic.twitter.com/F4yYmQxiOi

This has nothing to do with religion, of course. What kind of religion or religious leader would risk lives in this way? This is about ripping off religious people at a time when poverty in Iran has gotten worse.

As for the 127 virus-free areas Rouhani spoke about, they don’t exist. The “epidemiologic committee” of the regime’s National Coronavirus Combat Taskforce (NCCT) made clear in its latest report that most provinces are seeing a rise in coronavirus deaths and infections.

Rouhani claims that virus-free zones are those where for two consecutive weeks, there have been no hospital admissions or deaths related to the coronavirus and the number of those recovering has increased. There is nowhere in Iran that this is the case. Even the regime officials admit this.

While Mohammad-Reza Mahboubifar, a member of the NCCT, said: “The government is lagging behind many countries so far due to the lack of quarantine and (not imposing) the necessary social restrictions. While the country should have been quarantined and locked down as soon as the Coronavirus was identified and a strategy to control the disease formulated, for political reasons, these restrictions, especially in the virus epicentres, were not implemented… [The statistics] do not match the reality, and the number of those infected and dead is higher. Unfortunately, the cause of death for many Coronavirus victims has been falsely stated to secondary diseases to keep the mortality rates low. At the same time, with the second and third waves of Coronavirus in the coming weeks, the government will have to impose more restrictions.”