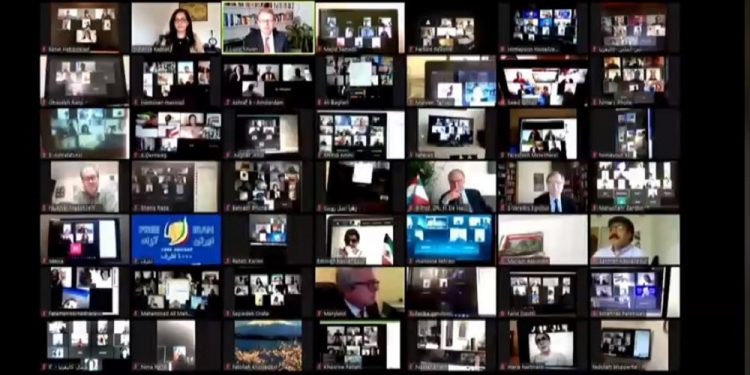 On Sunday, the National Council of Resistance of Iran (NCRI) held a virtual conference regarding Iran’s coronavirus epidemic, the regime’s cover-up, and the mullahs’ fear of a new uprising.

Various politicians and representatives of Iranian communities in Europe attended the conference, moderated by Netherlands physician and member of the International Committee of the Iranian Doctors, Dr Parisa Kamali, which was held on the same day that the People’s Mojahedin Organization of Iran (PMOI/MEK) announced that over 35,800 people have died from the coronavirus in Iran.

Italian Senator Lucio Malan spoke about the fact that the Iranian people are not getting any financial help from the regime at this time, despite the trillions of dollars controlled by the regime, which is putting added economic pressure on the 75% of the population that lives under the poverty line. They are forced to choose between starving to death or catching the virus at work.

He told the NCRI’s conference:  “Will this pandemic make significant socio-economic changes in different countries of the world? The answer is yes there will be significant changes and in the case of Iran, changes seem to be dramatically more than other countries because Iran is ruled by an exceptionally tyrannical and corrupt government that is no less than a lethal virus.”

Laurence Fehlmann Riell, a Member of the Swiss Parliament, condemned Iran’s supreme leader Ali Khamenei and President Hassan Rouhani for sending people back to work when the virus is in no way under control and for serving their own interests by trying to get sanctions lifted.

While exiled Iranian artist and human rights activist Gisso Shakeri explained that the people have two enemies right now; the coronavirus and the Iranian regime.

Vareikis Egidijus, the vice-chair of the Foreign Affairs Commission of the Lithuanian Parliament, said: “The World Health Organization has been silent about concealing the statistics by the Mullahs. A few weeks ago, the WHO representative said the real statistics are 5 times more than what is being announced by the regime, but mere words are not enough… The WHO must station a team of its staff in Iran to ensure that its advice and regulations are being implemented in Iran and to supervise the proper treatment of Iranian citizens. If the Mullahs do not allow this, then the UN Secretary-General must refer this immediately to the UN Security Council.” 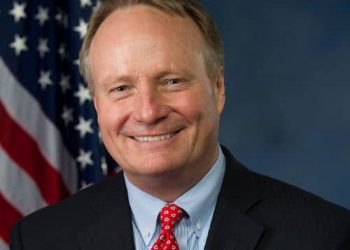 Remarks by David Joyce at the Trans-Atlantic Summit on Iran Policy; September 18, 2020 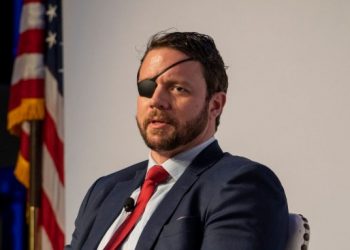 Remarks by Dan Crenshaw at the Trans-Atlantic Summit on Iran Policy; September 18, 2020 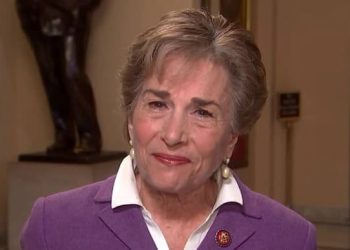 Remarks by Jan Schakowsky at the Trans-Atlantic Summit on Iran Policy; September 18, 2020 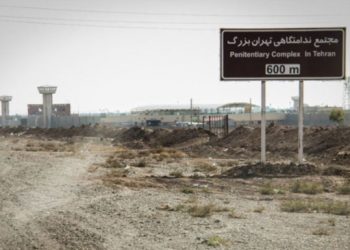 Remarks by David Joyce at the Trans-Atlantic Summit on Iran Policy; September 18, 2020

Remarks by Dan Crenshaw at the Trans-Atlantic Summit on Iran Policy; September 18, 2020

Remarks by Jan Schakowsky at the Trans-Atlantic Summit on Iran Policy; September 18, 2020