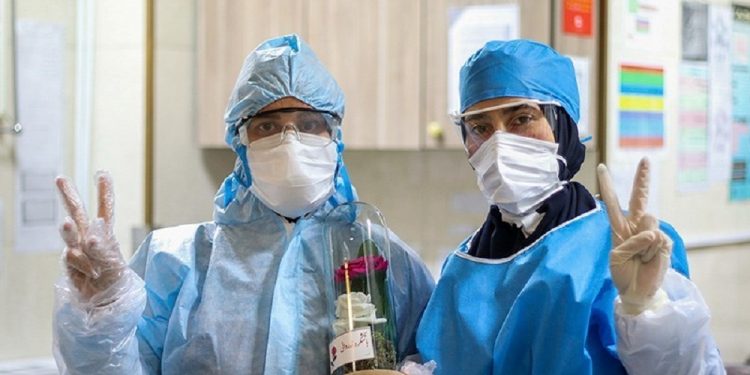 At least 41,200 people have now lost their lives due to the Coronavirus in Iran, according to the People’s Mojahedin Organization of Iran (PMOI/MEK) on Wednesday afternoon.

This is only a minimum because the regime has forced so many medical staff and families to stay silent with threats of being charged with national security crimes, which could carry the death sentence.

But still, many remain committed to the truth. Doctors at Tehran’s Shohaday-e Gomnam hospital said that over 130 Coronavirus patients died, while those at Ziaeian hospital report more than 100 deaths.

Even regime officials have directly contradicted President Hassan Rouhani by saying that the virus is not on a downward trend.

The Epidemiology Committee of the Health Ministry noted that in the provinces of Lorestan, Mazandaran, Khuzestan, Kerman, Central, Kohgiluyeh and Boyer-Ahmad, Ilam, and Hamedan, the peak of the virus is continuing.

The vice-chairman of the University of Medical Sciences in Kerman reported a “significant increase” in recent Coronavirus infections. Meanwhile North Khorasan’s parliament deputy Hadi Ghavami reported a similar increase in infections, as well as a higher than average death toll.

The state-run Jahan-e- Sanat newspaper wrote that the “decrease in [announced] deaths” per day make the situation appear “normal”, but that this is likely due to the fact that coronavirus patients are no longer treated in hospital, but denied adequate care, so they “go directly to the cemetery”.

As Health Minister Saeed Namaki tried to blame the public for the increase in infections, as if the government had not sent them back to work a month ago, after a short and lax lockdown, parliament deputy Amir Khojasteh said that the Iranian people are “engaged with two types of viruses, the Coronavirus, and mismanagement” by the regime.

Another parliament deputy Hosseini-kia said that the regime’s “incompetence” is “apparent to everyone” right now as the mullahs try to shift the blame onto the public when it offered no real assistance to them.

Maryam Rajavi, the President-elect of the National Council of Resistance of Iran (NCRI), said: “All the promises by the mullahs to the deprived and calamity-stricken people of Iran are hollow and worthless. The only way to end poverty, destitution, and unemployment is to end the mullahs’ evil dictatorship and establish freedom and people’s sovereignty.”