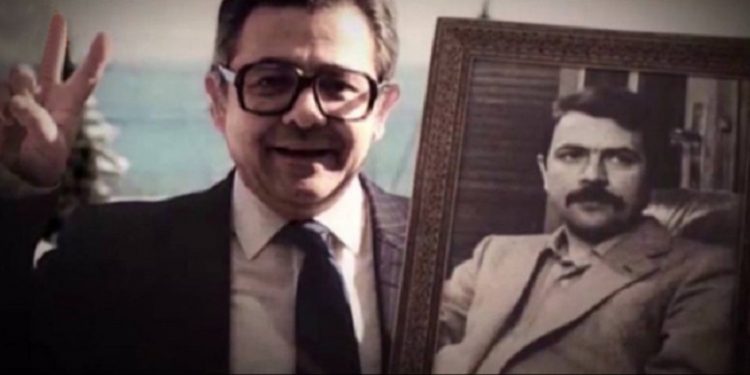 The Secretariat of the National Council of Resistance of Iran announced that the case of Professor Kazem Rajavi, who was assassinated in Switzerland by the Iranian regime in 1990, should not be closed.

The NCRI was informed on Monday by the Prosecutor for Vaud Province in Switzerland that the file on the assassination of Rajavi would be closed on June 17, due to the statute of limitations expiring, and that this decision cannot be appealed.

Rajavi, who is the brother of Iranian Resistance leader Massod, was serving as the NCRI Representative in Switzerland at the time of his murder.

The letter from the Prosecutor named the 14 murderers (named below) but failed to name Supreme Leader Ali Khamenei, then-Foreign Minister Ali Akbar Velayati, and then-Secretary of the Supreme National Security Council Hassan Rouhani, who ordered the assassination of Iran’s first post-revolution Ambassador to the United Nations European Headquarters in Geneva

The murderers, all Iranian nationals, whose cases will be closed next week, are:

The NCRI wrote: “The Iranian Resistance strongly protests and condemns the closure of the file on the assassination of Prof. Kazem Rajavi. It considers this decision an abject political deal similar to facilitating two of the arrested killers in France on December 21, 1993, escape justice. Terrorism and crime against humanity perpetrated relentlessly by the religious fascism ruling Iran cannot be subject to the statute of limitations. Seven bloodbaths and massacres against the People’s Mojahedin Organization of Iran (PMOI/MEK) in camps Ashraf and Liberty (in Iraq), the arrest of the terrorist Assadollah Assadi who planned to bomb the grand gathering of Iranians on June 30, 2018, in France, and the expulsion of the regime’s ambassador and diplomat terrorists from Albania all attest to this reality.”

The NCRI said that the investigation of Rajavi’s murder has already been delayed and postponed for a long time, which allowed the statute of limitations to come up to its end date. They said that this only served to help the mullahs commit more terrorism, something the Iranian people will never forgive nor forget.

They demanded that the Swiss Government and Judiciary keep Rajavi’s file open ad issue international arrest warrants for the 17 people who ordered and carried out the murder in order to see that justice is served.