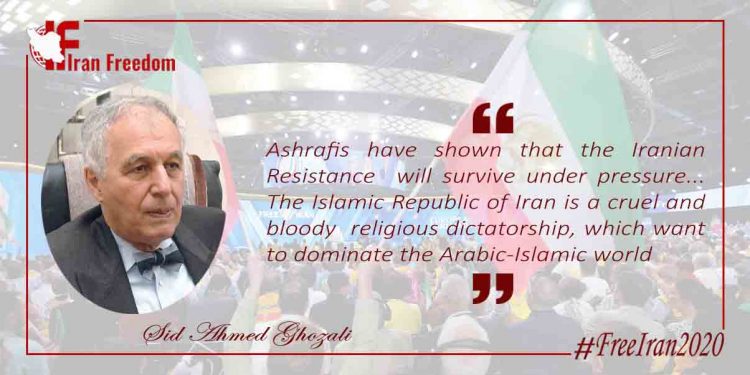 On July 13, 2019, Ashraf 3, new home to members of the Iranian opposition People’s Mojahedin Organization of Iran (PMOI/MEK) hosted many Iranians and distinguished figures from the world’s five continents. Sid Ahmed Ghozali was one of the prominent politicians who took part in the gathering and delivered important remarks. He said:

“The Ashrafis have shown that the Iranian Resistance will survive under pressure… The Islamic Republic of Iran is a cruel and bloody religious dictatorship that wants to dominate the Arabic Islamic world,” former Algerian Prime Minister Sid Ahmed Ghozali said during his speech at MEK rally in Ashraf 3.

Prime Minister Ghozali commended the Albanian government for resettling MEK members in their country. “Albanians have shown that they are not big for their size but for the size of the ideas that they defend. When you defend democracy and freedom you become great people,” the former PM said. 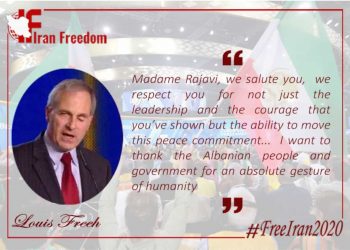 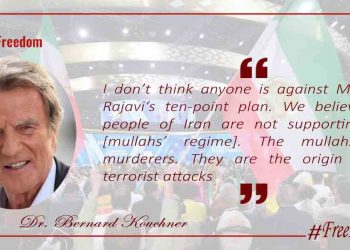