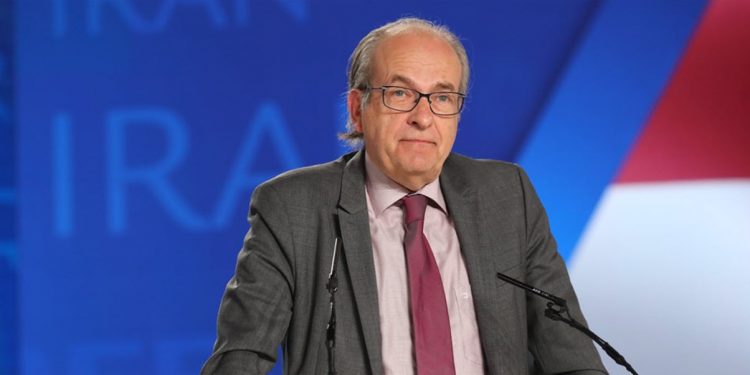 For many years, freedom-loving Iranians have annually gathered in the biggest halls in France to show their support for the Iranian opposition coalition the National Council of Resistance of Iran (NCRI), led by president-elect Maryam Rajavi. In 2019, Iranians held their latest gathering at Ashraf 3, Albania, home to members of the leading Iranian opposition People’s Mojahedin Organization of Iran (PMOI/MEK).

In this respect, on Saturday 13 July 2019, a large crowd of Iranian diaspora and hundreds of dignitaries from the world’s five continents attended the Free Iran rally in Ashraf 3. The event was accompanied by speeches and remarks by many prominent figures, and testimonies by former political prisoners who personally experienced the Iranian regime’s horrible tortures. The event also featured an exhibition about 120 years of Iranians’ struggle toward freedom, justice, and equality. Former UNAMI Special Representative Ad Melkert was one of the speakers at the Free Iran rally in Ashraf 3.

“Dear friends, it’s late, you must be hungry. Hungry for change. I’ll limit myself to just the one point that struck me upon arrival here in Ashraf 3. The one point being all the flags that are out there of so many countries that are represented here. What a change. What a change compared with a bit more than ten years ago when I arrived as the UN Special Representative for Iraq, it was hardly part of my brief that there was such a thing as Ashraf,” He said

Ad Melkert added, “But it was a time in 2009 that the oasis got suddenly under attack. Ruthless attack. And I remember the pictures that the UN team had to take off the victims and of the destruction. The pictures that we see now in your impressive exhibition.

He also mentioned, “I remember meetings with the diplomatic community in Baghdad and people looking at one another, nobody wanting to take responsibility.”

In the end, Mr. Melkert expressed his admiration for the Albanian people and government for their hospitality toward MEK members who suffered ill-treatment, missile attacks, and an inhuman siege in Iraq.

“Until our Albanian friends came around and helped to resolve the stalemate. And this is my message to you, your resolve has brought about being here in Ashraf 3, seeing all the flags that are welcoming us visitors from the whole world who support your cause. And I’m sure these flags will fly in the new Ashraf soon to come. Thank you very much,” Melkert ended.