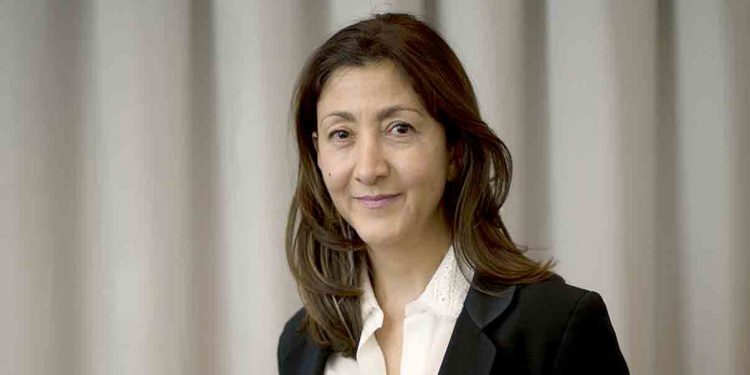 Ingrid Betancourt announced her support for the struggle of the Iranian people and their organized resistance under the leadership of Ms. Maryam Rajavi for a free Iran

Every year, a large crowd of freedom-loving Iranians has gathered to announce their support for Ms. Maryam Rajavi, the president-elect of the Iranian opposition National Council of Resistance of Iran (NCRI), and her ten-point plan for a free, secular, and republic Iran.

However, given the prevalence of the COVID-19 across the globe, Iranian communities intended to hold their annual gathering virtually. Also, many prominent figures will attend the event known as the Free Iran Global Summit. In 2019, Ashraf 3, the new home of members of the People’s Mojahedin Organization of Iran (PMOI/MEK) in Albania, hosted hundreds of international guests and freedom-loving Iranians.

Former Senator, Presidential Candidate of Colombia, and one of the best friends of Ms. Maryam Rajavi and the Iranian Resistance, Ms. Ingrid Betancourt participated in Ashraf 3 and delivered a valuable speech.

“Six months ago, this was a construction site. And today it’s a well-designed city with an amazing victory arch and magical lighted trees. And I have come here several times to share with you Ashrafians, to stay here with you, and I have been sleeping here, I have been sharing my meals with you. I have seen you in your activities, seeing where you prepare your daily chores, where you design your clothes. I’ve seen your gardening, building, repairing, constructing, communicating,” she began her speech with these sentences.

Ms. Betancourt also continued, “I’ve seen you broadcasting and preparing the material you launch on the internet. And I say this because as you know, over the past year the propaganda by the regime and its lobbyists and collaborators was that Ashraf 3 is a closed compound, that no one is allowed to come in.

“Well, the whole world is here, right? And we’re here not only because we have been invited but also because this is the right thing to do. And we’re here even after knowing that we were targets in a bomb threat.

“But those who are saying that this is a very secret closed compound are also saying that there are strange things happening here. And if magazine in February this year, there was an article saying that whoever came here came to be trained Well, believe me, that but those accusations bear the mark of the (information) strategy of the mullahs.

“And Maryam, I have to thank you for the effort you have made in the exhibit that we saw yesterday, which is a first-class documentation exercise. You recreated even with the pain of remembrance the conditions of incarceration in Iran and the torture chambers of the mullahs.

“And I want to thank you because I know how difficult it is to talk about our own suffering. And we tend to be very abstract. But with the exhibit we could see who were the ones piercing eyes, burning faces, cutting hands. And the list of tortures, well, frankly I cannot continue naming them because I think that they can only come from the mind of a psychopath.

“So, I want to say two things. First, shame, shame on those who were either fed or paid by the mullahs, by the Ministry of Intelligence of Iran to spread lies about who we are here and who you are here in Ashraf 3 and demonize the MEK.

“Shame on those who are at the service of a corrupt bloodthirsty, criminal regime, spreading lies. And I know if my American friends remember that two weeks ago in the New York Times there was a notepad stating that the Revolutionary Guards were this transformed new entity loved by the people and that Trump’s policy because of that was going to be a failure. Well, it’s going to be a success because what the American government is achieving with this is to cut the financing to this monstrous diabolic organization.

“You are the unbreakable resistance after 40 years of fighting here we are, stronger than ever. You are the beacon of hope. You are the rose in the desert, as you all Ashrafians are. And you are the voice of change. And you are the phoenix rising from the ashes with the Maryam Rajavi and Massoud, for peace in Iran, in the region, and as a guarantee of peace in the world.

“So, I want to say another thing. And now I’m talking to the mullahs. I want to say to them that we are ready to take them down. That we are united with the people of Iran that are taking the risk in Iran and we’re there with them. And we are coming to get you, ayatollahs and mullahs. We are going to get you because we want you to be accountable for the crimes against humanity that you have perpetrated for 40 years in Iran. And we are ready. (Hazzer, Hazzer, Hazzer),” she ended.