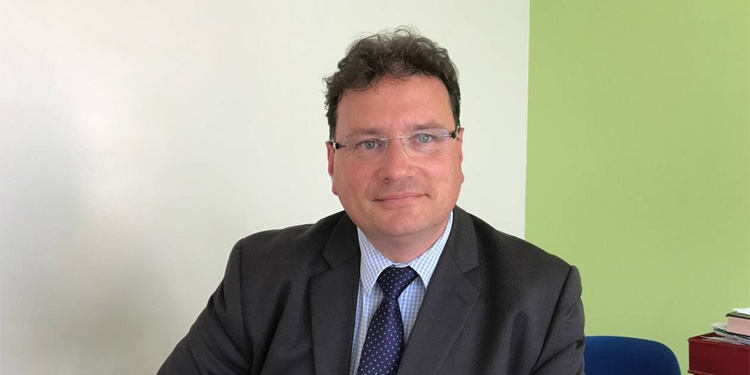 "The time has come to stand alongside the Iranian people for a democratic Iran," French MP Philippe Gosselin

This annual gathering of the Iranian Resistance linked the voices for freedom from 30,000 locations in Iran and more than 100 countries, especially in Albania, to the city of the Iranian resistance at Ashraf-3. A thousand political leaders, parliamentarians, and religious and cultural figures from around the world participated.

Here is the speech of Mr. Gosselin:

“Like all the French MPs who are members of the French Parliamentary Committee for a Democratic Iran (CPID) I believe in a free Iran, a democratic Iran, a respected Iran, an Iran where it would, at last, have a good life.

This Iran is not only the Iran of my dreams, or yours, but above all it is the one you have been working on, ardently, and with so much fervor for years!

Two years ago, in June 2018, I was present at the large gathering in Villepinte. Already, like others, I denounced the abuses of the mullahs’ regime. An attack was foiled the same day, which targeted us collectively. A diplomat was arrested abroad. France itself expelled another in Paris.

The arrested diplomat will soon be tried by the competent court in Belgium.

All these ties maintained by Iran demonstrate, if need be, the ambiguities of the regime in place, making Tehran a state which can be classified, regretfully, among terrorist states. Yes, the current regime is a merciless religious dictatorship, which recent events underline with even more force:

– The assassination, that is the apt term, of 1,500 demonstrators during the uprisings of November 2019,
– like the crash of an airliner hit by IRGC missiles in early 2020 and the deaths of 176 innocent passengers.
– not to mention tens of thousands of deaths due to mismanagement of the Covid …

These are all markers of a regime that continues to survive by terror, also swallowing up huge budgets in the ballistic and nuclear fields.

More than ever, the time has come for France and for Europe as a whole to turn the page!

More than ever, the time has come to stand, without restraint, on the side of the Iranian people, on your side, and for a democratic Iran.