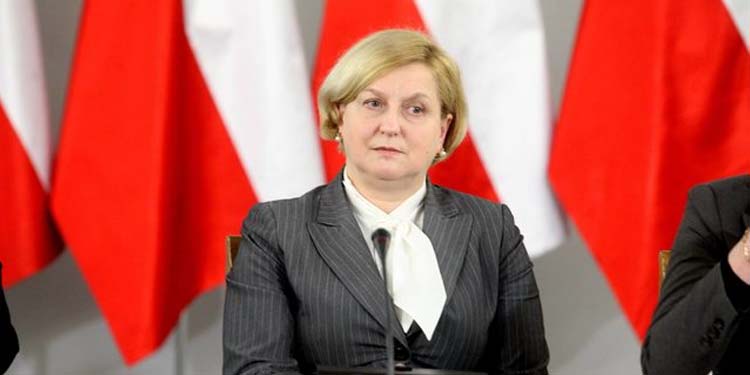 "We should be more firm, more determined, and more decisive in pushing for changes in Iran," former Poland FM Anna Fotyga

Anna Fotyga, former Foreign Minister of Poland and Member of the European Parliament delivered a speech at the Online Free Iran Global Summit on July 17. Due to the global health crisis and excessive restrictions, the Iranian opposition National Council of Resistance of Iran (NCRI) intended to hold this years’ gathering virtually.

In this respect, the Iranian Resistance managed to hold the biggest online conference across the globe by connecting 30,000 locations in Iran and more than 100 countries, especially in Albania, to the city of the Iranian resistance at Ashraf-3. Furthermore, a thousand political leaders, parliamentarians, and religious and cultural figures from around the world joined the event and announced their support of the Iranian people’s desire for freedom, justice, equality, and the rule of law according to the ten-point platform of Ms. Maryam Rajavi, the NCRI president-elect.

Here is the speech of Ms. Fotyga:

Dear friends of free Iran, dear Iranian friends, dear members of Ashraf community, and first and foremost, dear Madame Maryam Rajavi, I would like to thank all of you once more for your leadership and actually inspiring all of us, in particular all of us in the European Parliament, and all parliaments of European Union of Europe, of the principal values of your love to your country, the admiration of your own ages, centuries, thousands of years’ worth culture and tradition of stateship.

Be sure that within European Parliament you have a large group of admirers and supporters of people who monitor this situation in Iran on a daily basis. We know that your fight for the liberation of your country from the kleptocratic cruel regime of mullahs is noble combat, that even under very difficult circumstances, conditions exacerbated by COVID-19, you maintain courage, determination, and resolve to fight for your own country.

I know that there’s still much to do, that European policies were not entirely successful, we should be more firm, more determined, and more decisive in pushing for changes in Iran.