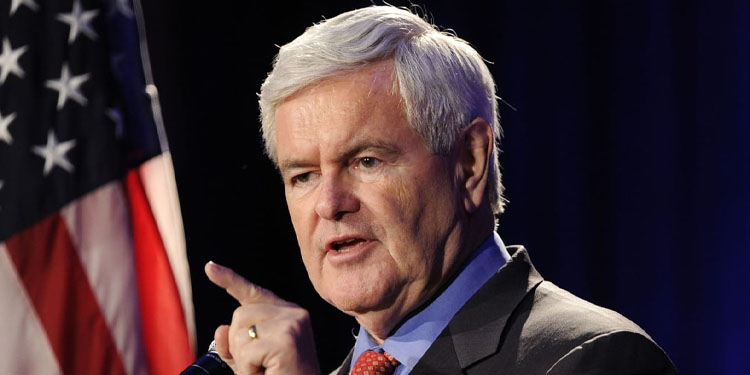 "I am totally committed to doing everything I can to help the people of Iran have the kind of freedom, the kind of openness, the kind of decent society and the kind of positive, healthy economy," said Newt Gingrich.

Former Speaker of the United States House of Representatives Newt Gingrich joined the Online Free Iran Global Summit. In his remarks, Mr. Gingrich insisted on his solidarity with the Iranian people’s desire for freedom and prosperity. “I am committed to doing everything I can to help the people of Iran to have freedom and the economy they want them to have,” he said.

The Iranian opposition coalition National Council of Resistance of Iran (NCRI) managed to hold this year’s annual gathering virtually on July 17. Given the novel coronavirus pandemic and its restriction, many dignitaries commended the NCRI’s ability and determination for connecting 30,000 locations to Ashraf-3, home to members of the People’s Mojahedin Organization of Iran (PMOI/MEK).

Here is the speech of Mr. Gingrich:

Thank you for allowing me to take just a moment to share my support for the leadership that you have shown, particularly Mrs. Rajavi has shown, in continuing to stand up to the dictatorship in Tehran, to stand for the right of the people of Iran to have a freely elected government of their own choice and have a chance at a better future, a prosperous future, a free and democratic future.

I think we have the strange moment in history where on the one hand the dictatorship is clearly getting weaker, the sanctions are beginning to have a deep effect, the drop in the price of oil had a deep effect. There are many things going on that I think are convincing people, and you see this in demonstrations and concerns and the degree to which the regime feels it is under pressure.

I want to thank each of you for staying involved. I am sorry I could not be with you for this great meeting but I know as always that it will be remarkable and that it will have a great number of people involved.

And I want you to know that for me as a private person, I am totally committed to doing everything I can to help the people of Iran have the kind of freedom, the kind of openness, the kind of decent society and the kind of positive, healthy economy we do want them to have.

So, I hope you have a great meeting and I want you to know that you have my support for continuing to do everything we can to help the Iranian people achieve the future they deserve.