"I think it is important that all young Iranian women can follow Maryam Rajavi's example and can indeed fight for their freedom," Michèle Alliot-Marie said.

The Iranian opposition coalition NCRI managed to hold this year’s annual gathering virtually on July 17. Given the novel coronavirus pandemic and its restriction, many dignitaries commended the NCRI’s ability and determination for connecting 30,000 locations to Ashraf-3, home to members of the Iranian opposition People’s Mojahedin Organization of Iran (PMOI/MEK).

Here is the speech of Ms. Alliot-Marie:

It is a great pleasure for me to see you again and I would like to thank Maryam Rajavi for her expression today, even though the circumstances are a bit peculiar and there is a great distance. I want to tell her publicly, both my admiration and my great confidence.

May I also greet those around you. It’s true that there isn’t that great vibe of a number of your meetings, but they are there. It was a real challenge to get us all together today; you did it and I think it’s a great achievement.

And then I would also like to greet my many colleagues or former colleagues, whether they are members of parliament, governments, and personalities who have gathered in this international conference and this non-physical conference.

This is what we want for Iran. We want Iranians to be able, like us in our various countries, to benefit from this freedom of thought, this freedom to exercise one’s religion or not to have a religion, to use – when she is a woman – all positions that can allow her to show her abilities and serve her country.

And then we also want to say our concern; because we live in an extremely dangerous world and instead of being a factor that contributes to the search for peace, Iran through its nuclear research, through a number of acts in different countries – I think of Yemen, where the former foreign minister was there a while ago – Iran does not play that role.

And I must say when today we see that the Belgian justice implicates an Iranian diplomat for acts that may relate to terrorism, it is a real concern for all of us, and that is also why it is time indeed to say our condemnation of what is happening, and to call for the awakening of all Iranians to rediscover these values ​​which make the wealth of humanity and which make the greatness of a country.

So it’s not up to us from different countries to say we’re going to choose the government. No, it’s up to you, it’s up to the Iranians to do it. But we, we are simply saying this is what we live, this is what we regret because we would like Iran, by joining the values ​​that we all share through our diversities, well that Iran can fully play its part. role.

I am fortunate to live in a country, France, where women indeed have the possibility of acceding to all positions and all responsibilities. And it is true that it has been a very great opportunity for me to occupy the very high office that has been entrusted to me.

I think that it is indeed important that all positions are open to women, because they also perhaps sometimes have a look, a way of doing things, a method of acting that is a little different and that fits in this desire to respect others, which is part of this desire to want to support the most vulnerable in our society, whether they are children or the elderly; to want peace and security as well, because it is always the most fragile people in society who ultimately suffer from all of this.

It’s something important. Maryam Rajavi you are an example for them and I think it is also important that we tell them that they are indeed right to follow the example of your struggle. 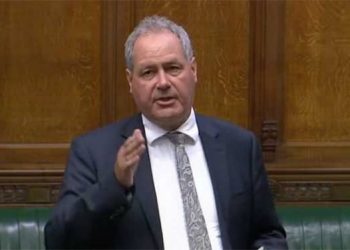