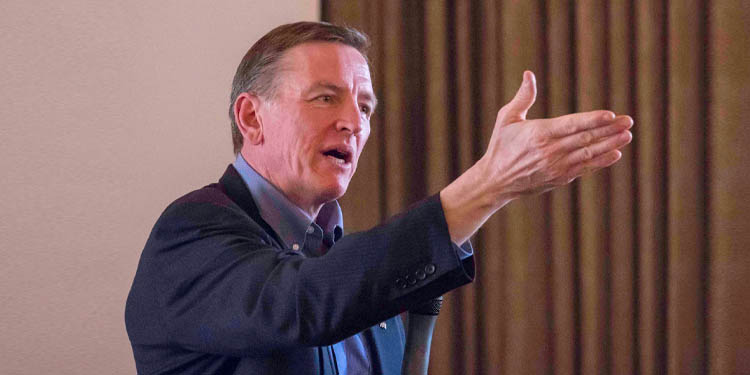 "I applaud Madame Rajavi for her leadership for representing the proud tradition of the Iranian people and for resisting all forms of tyranny," Rep. Paul Gosar said.

The U.S. Representative for Arizona Paul Gosar joined the Online Free Iran Global Summit. In his remarks, Rep. Gosar said, “I applaud Madame Rajavi for her leadership for representing the proud tradition of the Iranian people and for resisting all forms of tyranny.”

Here is the speech of Rep. Gosar:

Hello friends at the 2020 Free Iran Summit in Albania. For over 40 years, the regime in Tehran has been terrorizing the people of Iran, oppressing its people, its religions and other minorities, and also terrorizing the Middle East as well as around the world by sponsoring terrorist groups.

That is why I join and applaud you for convening the international summit to make sure that the global community is aware of what the people of Iran truly want: a secular, democratic, and non-nuclear republic. And I applaud Madame Rajavi for her leadership for representing the proud tradition of the Iranian people and for resisting all forms of tyranny.

My colleagues and I in the U.S. Congress are working hard to counter the Iranian regime threat and support President Trump not only for ending the failed JCPOA but also for pursuing the maximum pressure policy. This sensible approach is the best way the United States can support and empower pro-democracy movements in Iran.

The United States must continue to show leadership against tyranny and Iran-sponsored terrorism. There is still much that needs to be done. I join you in calling on the United Nations to extend the arms embargo against Iran. The international community, along with the U.S. leadership, must also reinstate snapback United Nations sanctions. Without these pressures, the regime will certainly escalate carnage both at home and abroad.

The gathering today shows that the Iranian people have a vibrant opposition movement led by Madame Rajavi which seeks to free Iran from the grasp of despotism. Finally, let me say that in addition to pressuring the regime, honest and open dialogue with the Iranian resistance can be an important part of the U.S. strategy going forward.

Congressional resolutions like HR.374 have broad support fully in the United States Congress and make important policy recommendations that must be fully considered. It is a fact: Iran is an international pariah in state-sponsored terrorism. The time for a peaceful transition to a new government that respects the will of the people has long since come. God bless you.