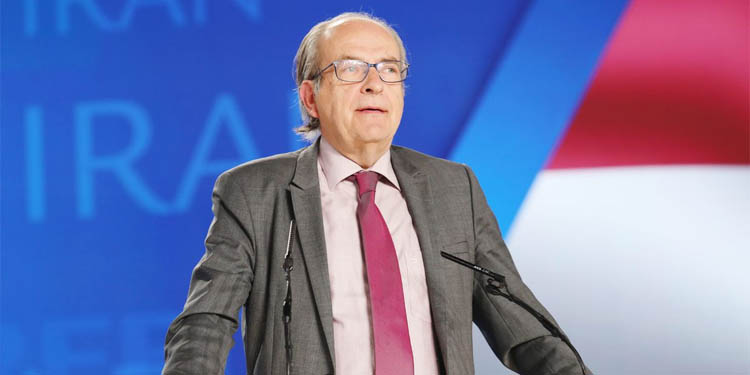 "It is time to raise our voice for the Iranian people. I support your endeavor for a free Iran," said Mr. Melkert.

Adrianus Melkert, former leader of Dutch Labour Party and former Special Representative of the UN Secretary-General joined the Online Free Iran Global Summit. In his remarks, Mr. Melkert said, “It is time to raise our voice for the Iranian people. I support your endeavor for a free Iran.”

Here is the speech of Mr. Melkert:

Dear friends, what a wonderful way to connect again despite the physical obstacles that are turning today’s world upside down. How important that you have found this alternative way of bringing once again together the global community that wants to stand up for human rights and democracy in Iran.

And how urgent to send a message to the Iranian people that a campaign for justice and solidarity continues, no matter the long and winding road still ahead. Last time we met on the occasion of celebrating your new home at Ashraf 3. It was a moving movement after the terror that haunted you at Ashraf 1, at a time that I had the privilege as a special representative of the Secretary General of the United Nations to stand up for your human rights and dignity in the face of relentless attack and persecution.

And it was a gratifying moment, with special thanks to the Albanian government, to know that after many years of tireless efforts, the insecurity of Ashraf 2 had been replaced by the peaceful welcome that a new home is offering.

This brings me to the need to remind the world of the incompetence of the Iranian regime in dealing with the coronavirus and leaving the Iranian people on their own amidst death and fear. For maybe one month, the public was kept away from information about facts.

During that period, flights to and from china continued. After the true disaster appeared, medical or financial support has been far short of the needs of countless people, contrary to the efforts of many other countries across the world. Several foundations controlled by the Supreme Leader possess hundreds of billions of dollars it’s painful and shameful that no more resources were allocated to people in real pain and need. We also know that at the same time, a considerable amount of money was given to terrorist groups in the region.

As today, we also know that those who stood up in protest are severely persecuted and are at risk to be executed, it is high time once more to raise our voice in support of human rights and to demands that the Iranian people can decide its future without oppression and manipulation.

This is the message that brings us together today. I wish this message will be heard and every day more shared across the world in support of your endeavor and aspiration to find and join, at long last, a free Iran.