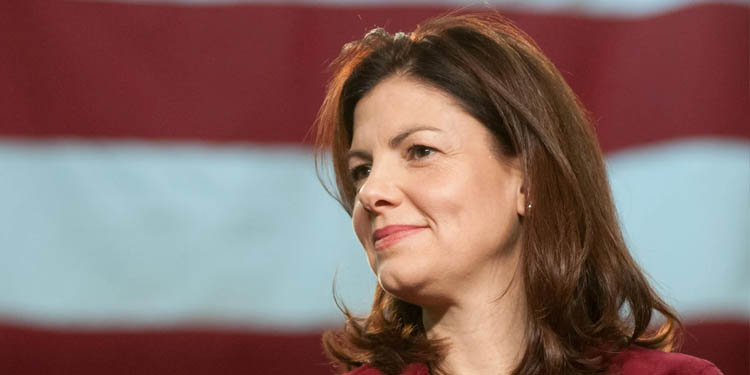 Former U.S. Senator Kelly Ayotte joined the Online Free Iran Global Summit. In her remarks, Sen. Ayotte said, “The people of Iran deserve freedom from the oppression and tyranny of the mullahs. We stand with the people of Iran. We join to say loudly the mullahs must go.”

Here is the speech of Sen. Ayotte:

It is an honor to speak with you today as we join together for the cause of freedom. So many speakers have said what needs to be heard by the world. The people of Iran deserve freedom. Freedom from the oppression, the evil, and the tyranny of the mullahs.

We all stand with the people of Iran. It is time, as so many speakers have said today for regime change in Iran. It is time for the regime to go. We join together to say loudly, “The mullahs must go.” It is also time for the Iranian people to be able to freely elect their own representatives. They deserve a government that protects the health, safety, and human rights of all Iranians.

That is why I want to thank Madame Rajavi and the NCRI for your courage and your sacrifice in opposing the mullahs and standing up for the people of Iran. Your Ten-Point Plan rightly envisions a peaceful, democratic future for Iran based on what we would hope all countries would want. Universal suffrage, gender equality, freedom of speech, separate of religion and state, and a nonnuclear Iran.

We know that the people of Iran support your vision. We have seen and heart from Iranians from all walks of life and backgrounds. They have taken to the streets to protest the regime.

As other speakers have said, the Iranian people have told the regime, “The game is now over.”  They have risked their own lives yelling, “Death to Khamenei. Khamenei is a murderer and your rule is null and void.”

And what has happened to these Iranians who have bravely taken to the streets? We’ve heard thousands horribly murdered, tortured. We will not forget their sacrifice, and we remember and honor the fact that they were willing to put their lives on the line.

But their voices have not been diminished. To the Iranian people, we will not let your voices be silenced. Please know that the tens of thousands of people who are part of this conference today and many thousands more hear your cries for freedom.

And we also hear and agree with your outrage about the illegitimate capital punishment sentences recently handed down for three innocent young Iranians whose only crime is that they dared to speak out against the mullahs.

I want to thank Madame Rajavi for her leadership and for shining a light on this misjustice, for speaking out strongly for these three young Iranians and for the right of all Iranians to be free from oppression and to speak their minds. There can be no more appeasement of this Iranian regime.

It is time for all the free countries of the world to join together to stop the mullah’s reign of terrorism inside Iran and outside Iran, to make sure that they never get a nuclear weapon. And most importantly, to support the right of the Iranian people to be free from tyranny, to determine their own destiny, and to live in peace and prosperity. thank you so much for having me today. And may this cause of freedom prevail.