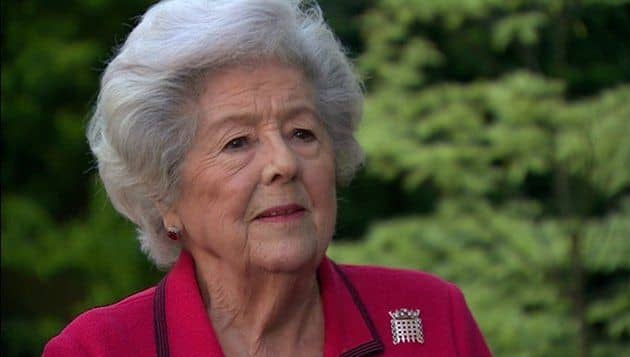 Baroness Boothroyd: The lesson of history is that a regime that has repression and terrorism in part of its DNA is destined to fall.

Baroness Betty Boothroyd, Former Speaker of the House of Commons of the United Kingdom joined the Online Free Iran Global Summit—day 2. In her remarks, Baroness Boothroyd said, “The lesson of history is that a regime that has repression and terrorism in part of its DNA is destined to fall.”

In July 1988, the Iranian religious fascism’s founder and the first supreme leader Ruhollah Khomeini issued a fatwa ordering the execution of imprisoned opponents, including those who had already been tried and were serving their prison terms. This was the beginning of what turned out to be the biggest massacre of political prisoners since World War II.

Following the decree, some 30,000 political prisoners were extra-judicially executed within several months. Today, thanks to the initiative of Mrs. Maryam Rajavi, president-elect of the National Council of Resistance of Iran (NCRI), known as “Call for Justice” many legal and international bodies have joined the families of victims in search of justice.

Here is the speech of Baroness Betty Boothroyd:

Madame President, Maryam Rajavi, dear Iranian friends, honorable colleagues and distinguished personalities, it is a very great privilege to join you online for the Global Free Iran Summit. I wanted to register and thank the Iranian Resistance movement, the NCRI, for organizing this international online event to give an opportunity to come together, yet again, to express our solidarity with the Iranian people, their organized resistance, and to show our support for the cause of human rights, freedom, and a democratic Iran.

What we demonstrate is that not even a pandemic can stop us from standing with the brave people of Iran and support their just demands for change for a free and democratic nation. You know, my friends, nobody symbolizes and represents the Iranian people’s struggle against the regime better than my dear friends and the NCRI and my special friend, President-elect, Maryam Rajavi. Her name and her message of freedom shakes the regime to its core. This is because of her 10-Point Plan, democratic platform to encompass the aspirations of the Iranian people. It provides a democratic alternative for future Iranian generations, and it gives the women of Iran their rights and an opportunity to lead their county and to be part of the shaping of its future. This is what we aim for.

My friends, the lesson of history is that a regime that has repression and terrorism in part of its DNA is destined to fall. This means that a free and democratic Iran is within reach for the people of Iran, as Maryam Rajavi has repeatedly said in her speeches and in her statements. That is why I stand with you all—the people of Iran, the NCRI—and I call on my government in this country, on the United Kingdom government, to stand on the right side of history and recognize Maryam Rajavi as the true representative of the Iranian people and her movement, the NCRI, as the only viable alternative to the current regime, so that the people of Iran can be given a chance to choose their future leaders in a free and fair election in an open and democratic society.

Campaign: “#Dont_Execute”, Inside and Outside Iran to Save the Lives of Protesters 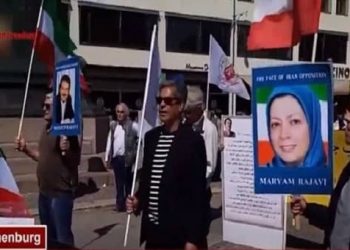