MEK Campaign Against the Execution of Protester Navid Afkari 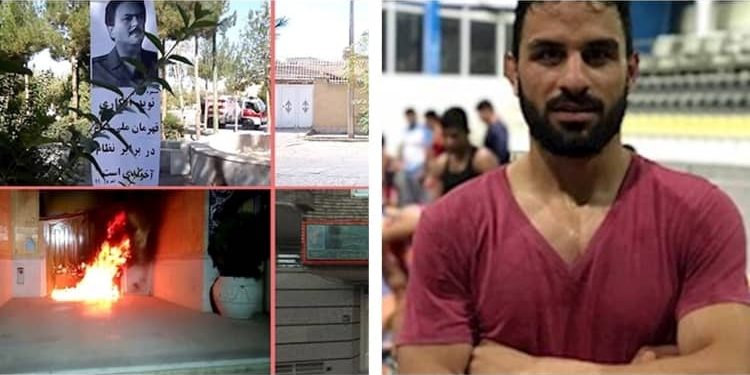 MEK Campaign Against the Execution of Protester Navid Afkari

The People’s Mojahedin Organization of Iran’s (PMOI/MEK) Resistance Units continued a campaign to release wrestling champion Navid Afkari right up until his execution by the Iranian regime on Saturday.

Afkari, who was convicted following confessions extracted under torture (i.e. false confessions), was executed for taking part in peaceful protests and his sentence sparked a global campaign led by the Iranian people and their organised resistance. (His two brothers are serving long prison sentences for the same non-crime.)

Let’s look at some of the actions of the Resistance Units.

They spread the slogans, “Free Navid Afkari”, “Stop the execution of the Iranian youths”, “Free Afkari brothers”, and “the only solution to prevent executions of those like Navid is to revolt and protest”, through graffiti and signs in public places, as well as on social media.

There they installed huge posters of Iranian Resistance Leaders Massoud and Maryam Rajavi, while also calling for an end to the regime.

At the same time, the Resistance Units celebrated the MEK’s 55th anniversary and hailed the long fight against the dictators, with many holding up signs declaring their support for the MEK and their hatred of the mullahs.

On September 10, the defiant Iranian youth targeted two Revolutionary Guards (IRGC) Basij bases in Isfahan because the suppressive paramilitary group is so hated in Iran for its role in cracking down viciously on protests and uprisings. This activity type has increased dramatically over the past couple of years, since the formation of the Resistance Units.

Many Iranians tuned into the online celebrations on Saturday, September 5, sharing images of themselves watching; something that would be a crime under the regime.

Remarks by Steve McCabe in Webinar on Iran’s 1988 Massacre