Remarks by Roger Lyons in Webinar on Iran’s 1988 Massacre 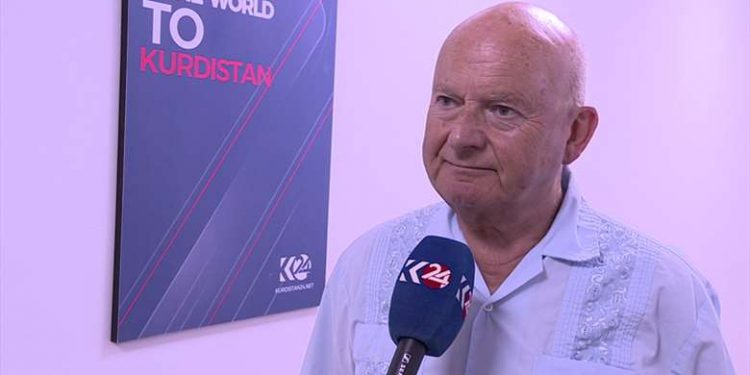 Roger Lyons: The 1988 massacre was not only a crime against humanity but also a campaign by the regime to annihilate the opposition.

Cross-party Members of Parliament from both the UK and European countries took part in a virtual conference on Thursday, 10 September 2020, to support the global campaign to seek justice for victims of the 1988 massacre of political prisoners in Iran.
Prominent human rights lawyers, a former UN official, the UK Representative of the Iranian Resistance Movement (NCRI), European parliamentarians and dignitaries also participated in the conference, which heard testimonies from the family members of the victims of the 1988 massacre.
Speakers agreed that the massacre of 30,000 political prisoners in Iran in 1988 is an ongoing crime against humanity ordered by the highest authority in the country at the time. They also argued that the appalling human rights situation in Iran is a direct result of the failure of the international community to hold the perpetrators of the 1988 massacre to account.

The keynote speaker at this event was Mrs. Maryam Rajavi, the National Council of Resistance of Iran (NCRI).

Roger Lyons, former General Secretary of the MSF trade union joined the Online Parliamentary Conference by Cross-Party UK, European MPs and Prominent Jurists on 1988 Massacre in Iran. In his remarks, Mr. Lyons said, “The 1988 massacre was not only a crime against humanity but also a campaign by the regime to annihilate the opposition.”

The 1988 massacre was not only a crime against humanity but also a campaign by the regime to annihilate the opposition. The mass executions were so horrendous and vicious that the heir-apparent of the supreme leader protested.

Raisi, who was involved in the massacre, is now the head of the judiciary in Iran. This shows that the regime in Iran needs criminal perpetrators like Raisi to hold on to power. We are seeing a terrible crackdown on workers in Iran, including Haft Tappeh workers who have been on strike for several weeks for unpaid wages, poor working conditions, and more.

The authorities are terrified of popular protests, so they are intimidating and arresting protesting workers. Without international action and intervention, the regime’s judiciary, led by Raisi, will resort to another mass murder campaign to quell growing dissent.

The UK should pursue an independent investigation into the 1988 massacre and ongoing crimes in Iran. The interests of the UK and the democratic aspirations of the Iranian people converge. We must show solidarity.

Remarks by Malcom Fowler in Webinar on Iran’s 1988 Massacre