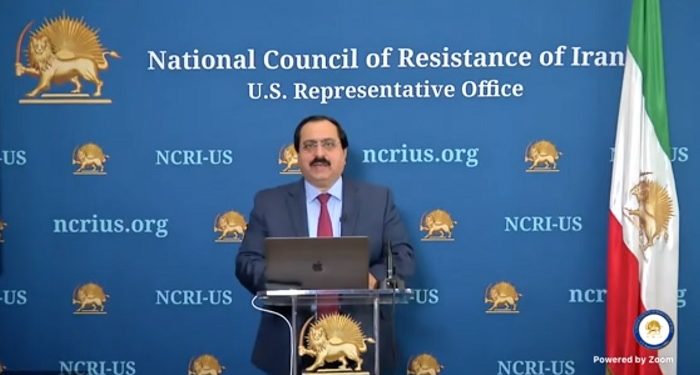 NCRI said that based on new information received from sources inside the regime, a new center built to continue to weaponize Iran’s regime nuclear program.

Firstly, NCRI said that based on new information received from sources inside the regime, a new center built to continue to weaponize Iran’s regime nuclear program.

Top secret intelligence obtained by the network inside Iran of the MEK from within the regime. Based on this information SPND has continued its work following the JCPOA. Also, the structure and the personnel of SPND remain intact and part of the institution has been expanded. Meanwhile, the IRGC Brigadier General Mohsen Fakhrizadeh Mahabadi remains the head of SPND.

Thus, the JCOPA notwithstanding, the Ministry of Defense and the IRGC have maintained their capabilities to build nuclear weapon. (In April 2017 the NCRI-US Office revealed the continuation of such activities in a center known as Research Academy in the Parchin complex, southeast of Tehran)

Coordination of the new location of SPND in Sorkheh-Hessar

In addition, SPND has built a new site in Sorkheh-Hessar region, east Tehran. The exact location of the new site is on Damavand Highway, east of Tehran, two kilometers into the exit road to Sorkheh-Hessar. At the entrance of this road, there is a checkpoint as it is considered to be a military area.

Moreover, the location of this new site is north of Khojir site, which is the largest complex manufacturing ballistic missiles for the Hemmat Missile Industry and Bakeri Missile Industry.

How IRGC Destroyed Iran’s Forests and Other Natural Resources?